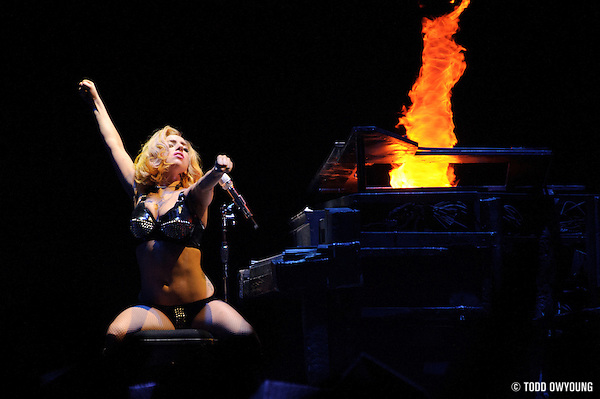 “27 tour buses and trucks. Fans rocking glitter paint. Monster claws. And 600mm of glass.” That's what I posted on Twitter before photographing Lady Gaga's set. With a seemingly notorious photography policy that barred press from her last North American tour and a guaranteed soundboard position for this show, I had to wonder – how would this shoot work out?

As they say, the proof of the pudding is in the eating, so here are the images. 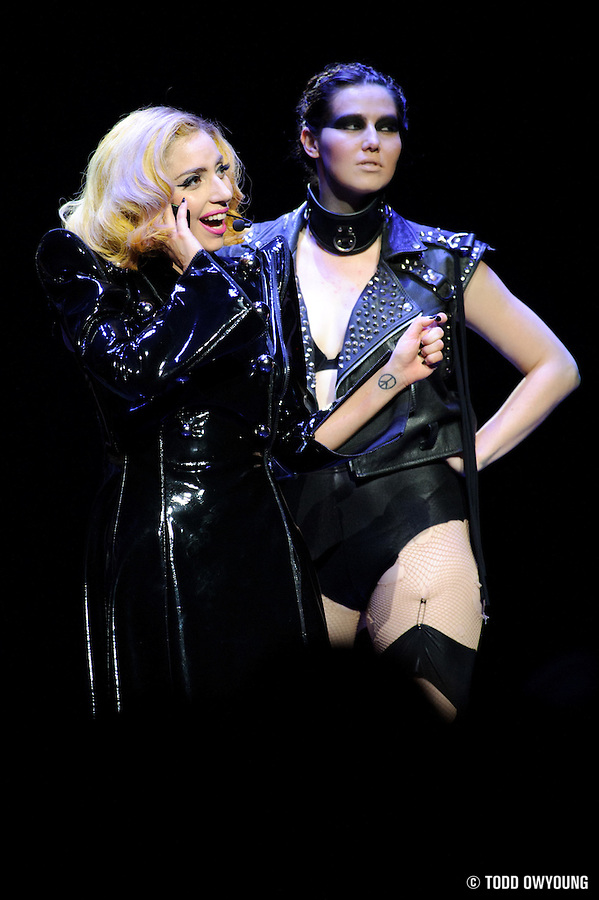 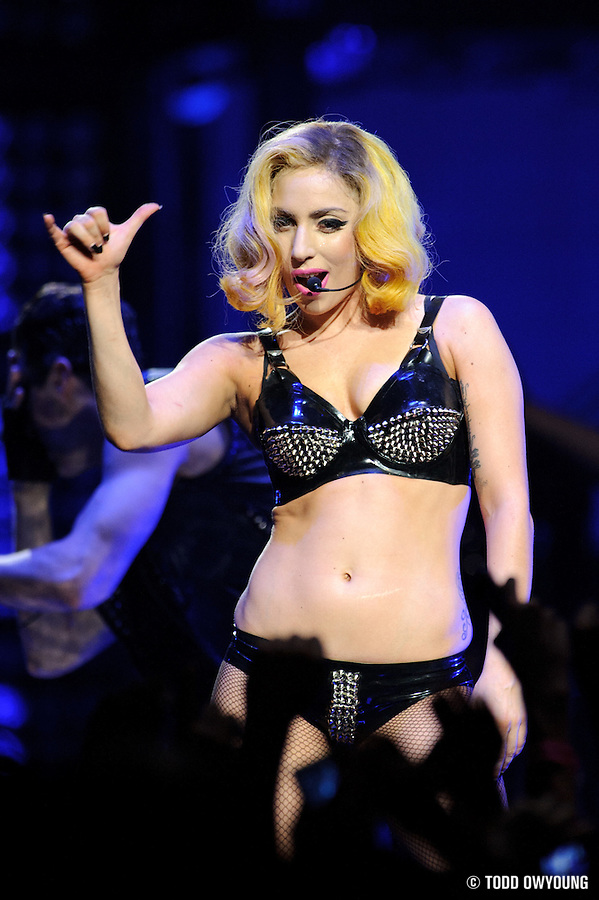 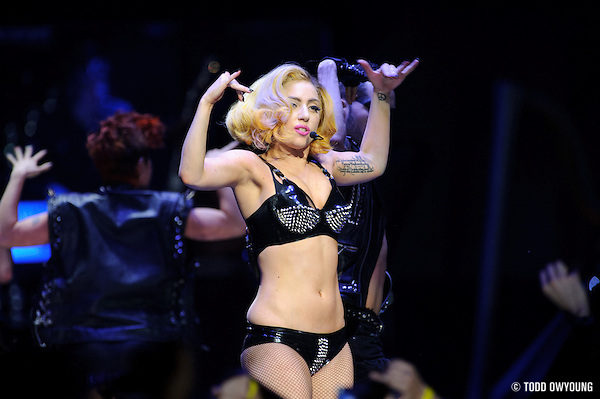 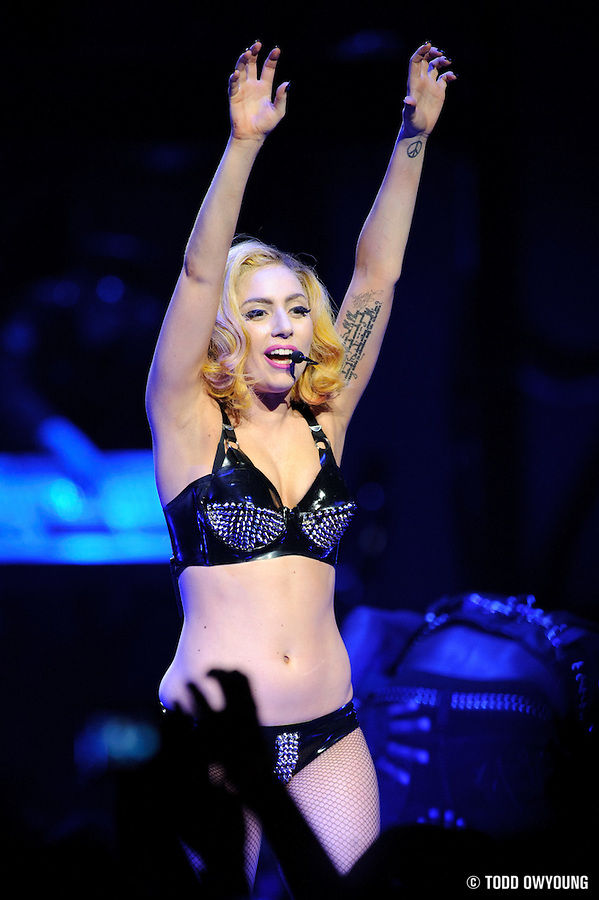 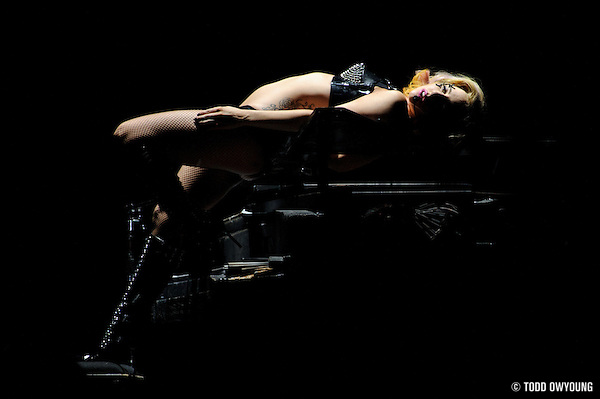 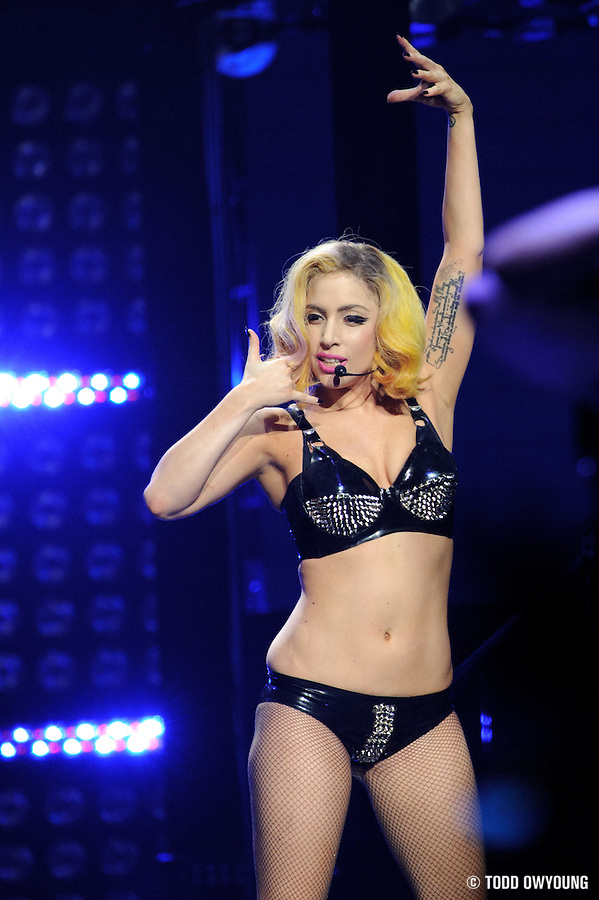 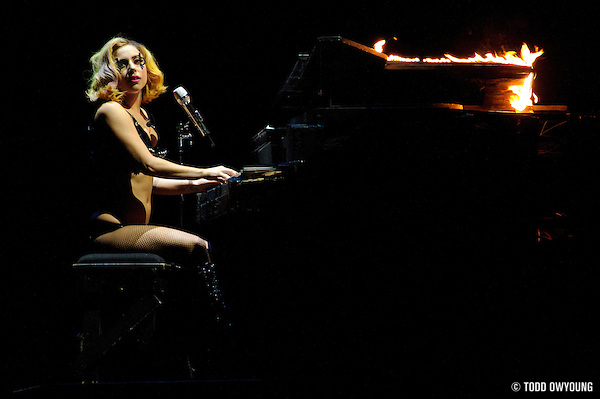 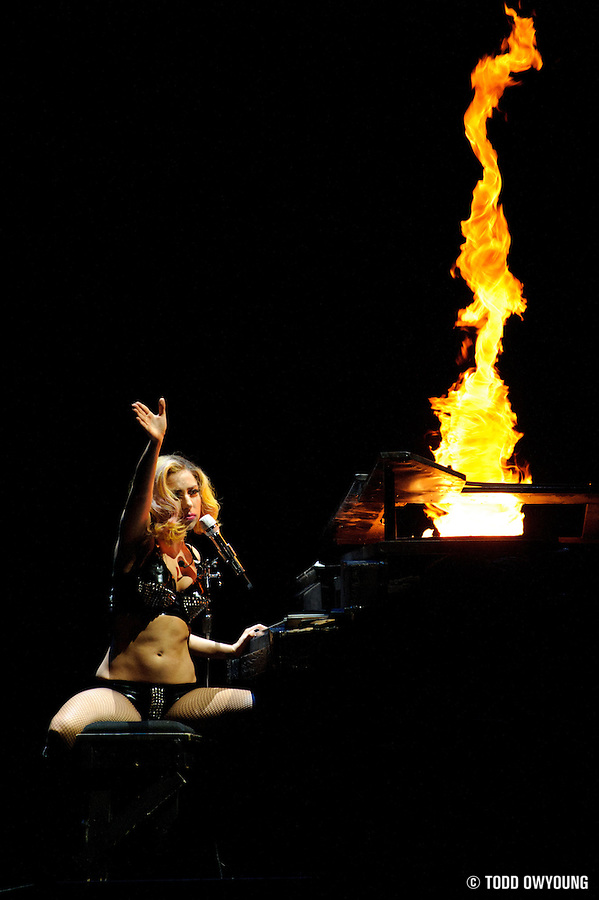 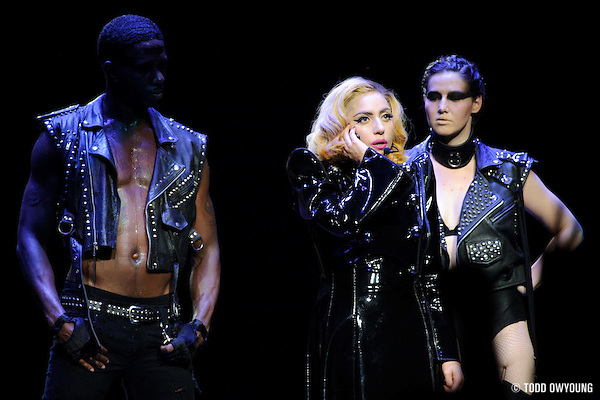 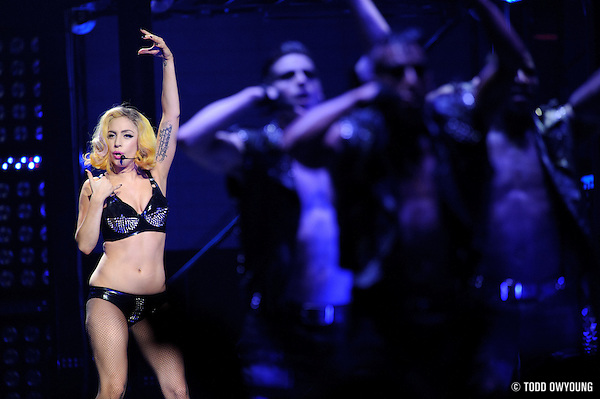 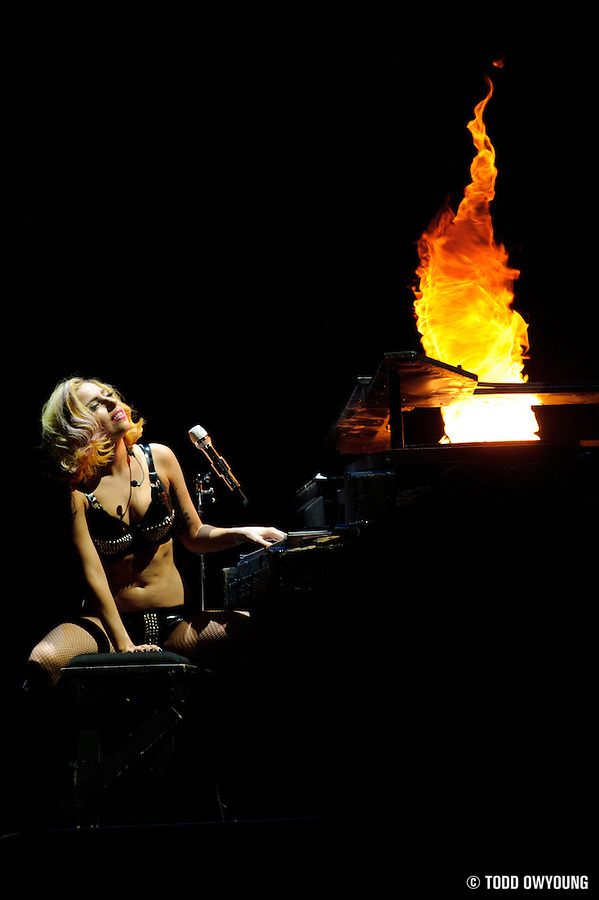 I've been interested in photographing Lady Gaga for as long as I've seen images of her performances. And though it seems as though the days of being able to photograph the pop icon from the front of the stage are long gone, I'm happy to report that the restriction banning photography from her last North American tour has been lifted.

This was a two-song shoot, starting with “Telephone” and ending with “Speechless,” which were nearly smack in the middle of Lady Gaga's set. Shooting was done from just house left of the soundboard at the back of the general admission floor, so just about as far away from the stage as was possible without being in the stands.

However, thanks to the majority of “Telephone” being performed at the end of a thrust (the B-stage) that jutted out towards the middle of the room, the distances weren't insurmountable. In fact, the shoot as well as any soundboard shoot I've done.

For “Speechless,” Lady Gaga rocked the ivories at a flaming piano. And not just flaming, but rigged up with some sort of fiery vortex at the heart of it, whipping a column of flames a good two meters into the air.

My primary lens for this shoot was a Nikon 300mm f/2.8 VR II, which is really a beautiful piece of kit. However, just as important for this distance shoot was the relatively new Nikon TC-20E III 2x teleconverter. While I know many photographers might have reservations about the image quality of using a 2x TC, I have to say that the new 300mm and this TC worked beautifully together to produce an effective 600mm field of view on the Nikon D3.

Overall, the combo worked out fantastically. I was banking on Lady Gaga bringing the big lights, and she certainly disappoint, so even the f/5.6 effective aperture with the 300 + 2x TC combo was completely workable for this show thanks to the Nikon D3's nice high ISO performance.

I thought 600mm was just about perfect for the closer “Telephone” performance to get tighter crops of Gaga, and surprisingly nice to get shots of Gaga at the piano, including the flame-tornado.

Rick, Lady Gaga's tour manager, is awesome. One of the nicest TMs I've met this year, so shout out to him.

Also, big love to Semi Precious Weapons, whose full set of images opening for Lady Gaga are coming up! SPW are a band I've photographed everywhere from tiny basement dives to clubs and theaters. Stay tuned to see how these rockers tackle an arena show. In the meantime, you can see some sets from SPW here: