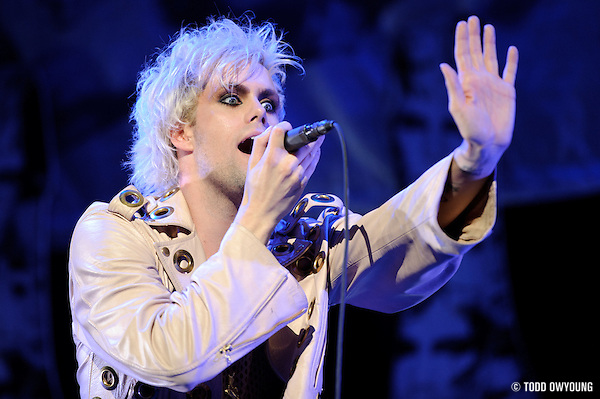 Opening up for the ubiquitous Lady Gaga, Semi Precious proved their arena chops with a big dose of real rock ‘n roll. I've photographed a few bands in my time, but I have yet to see or shoot a band that I've had more fun shooting than SPW's raw, unapologetic, and crassly fun live set. No, probably not even KISS. 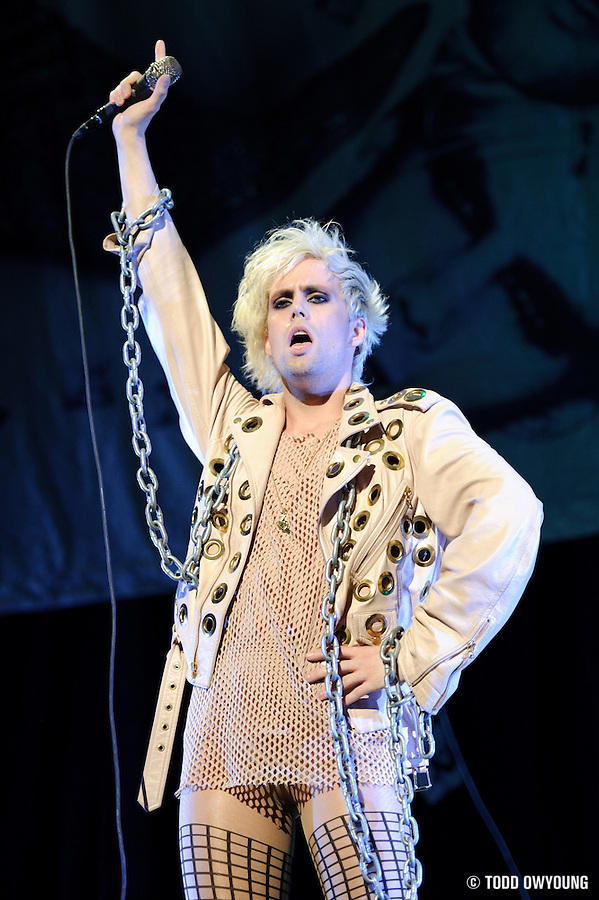 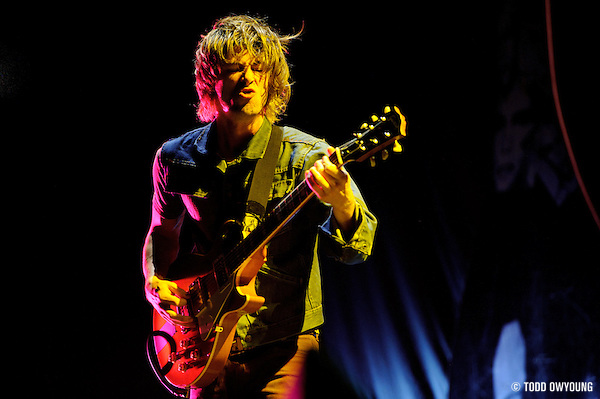 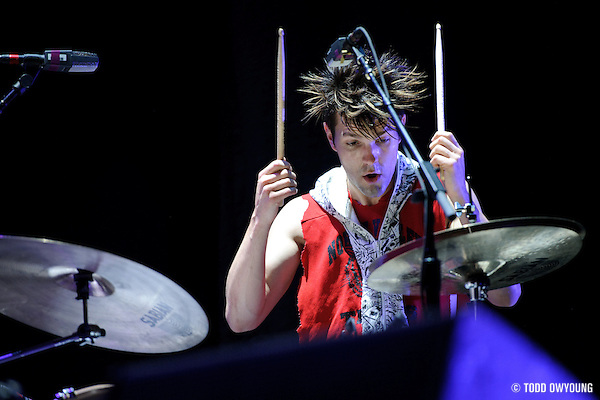 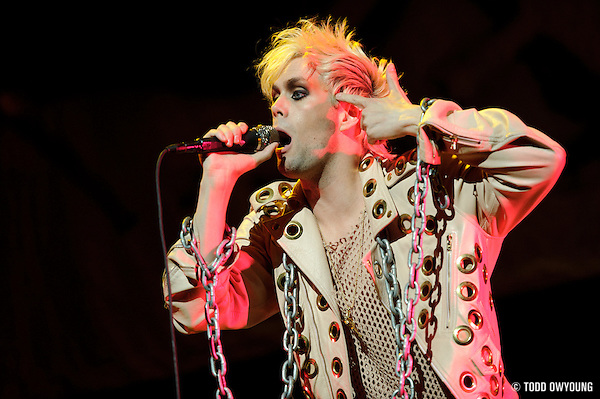 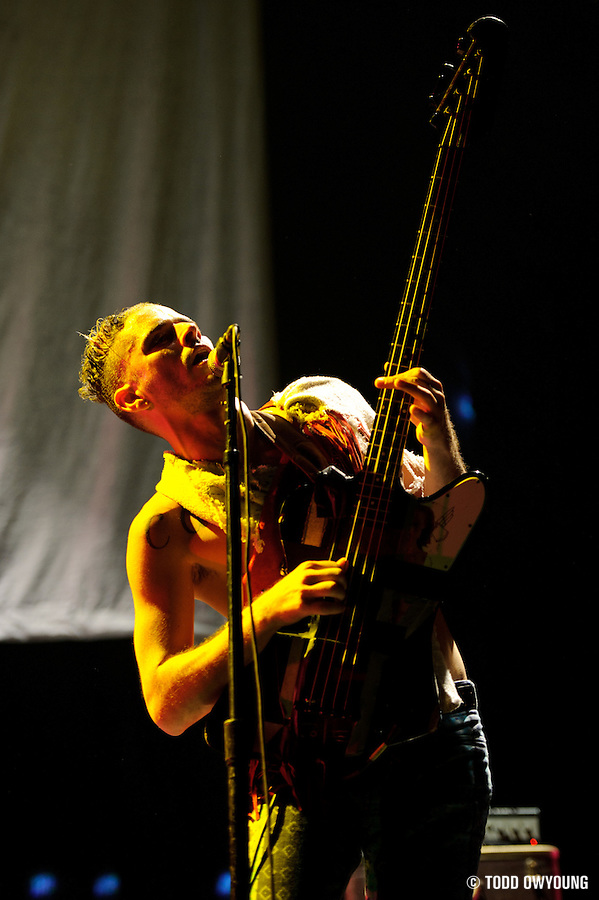 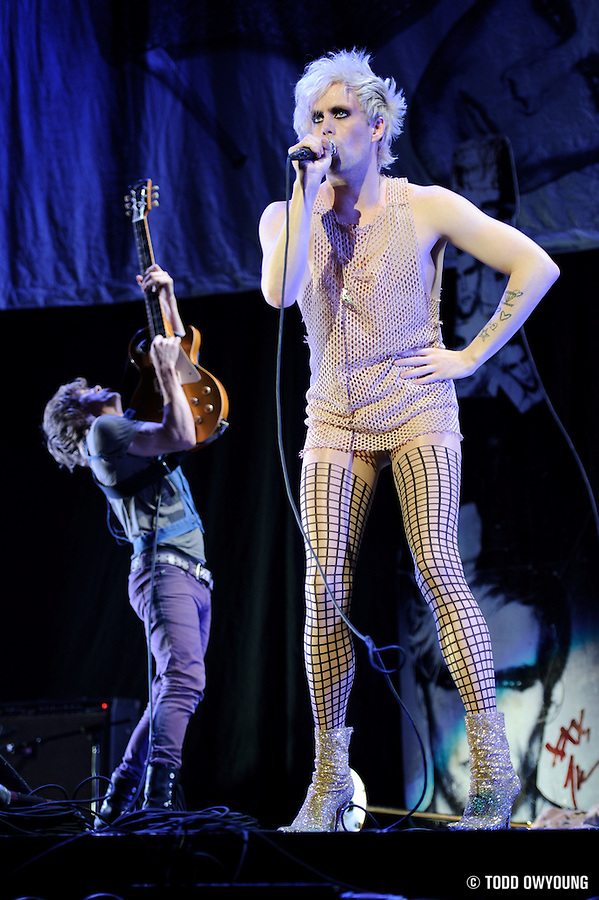 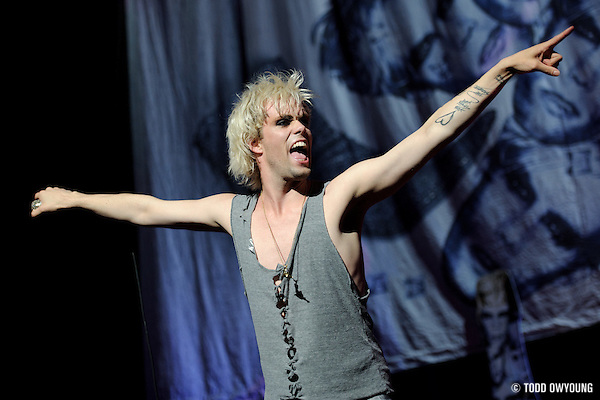 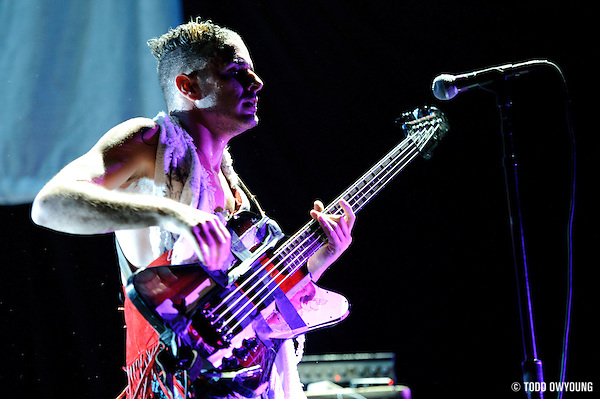 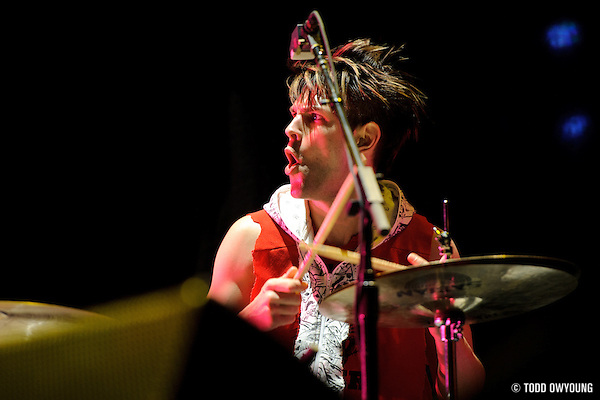 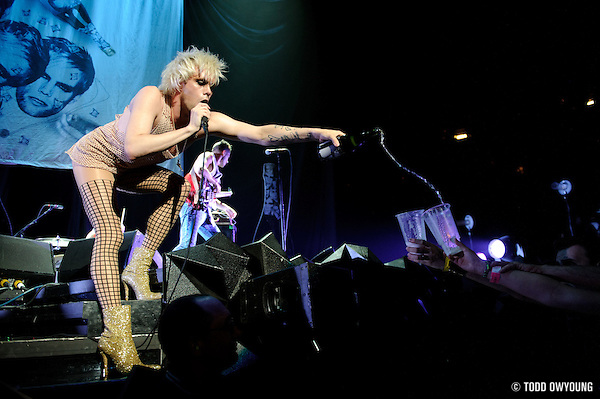 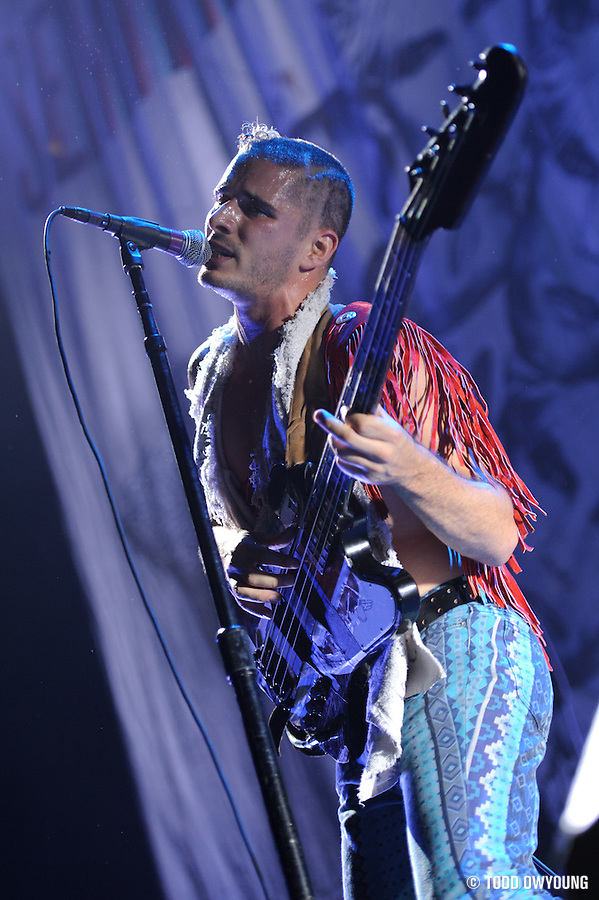 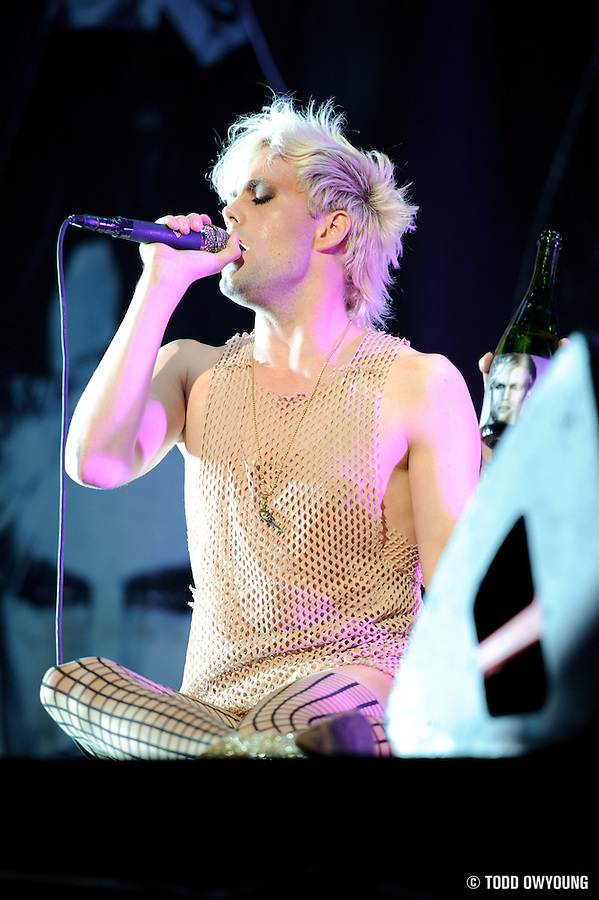 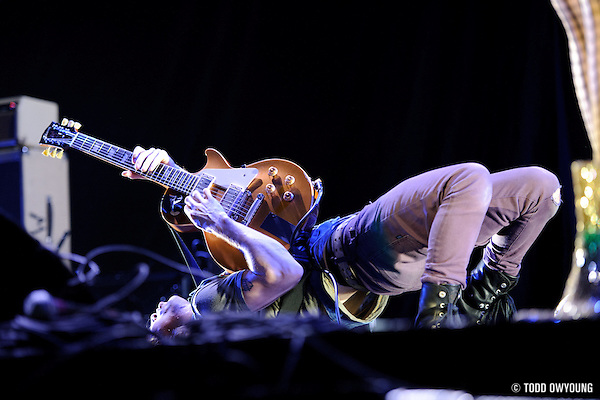 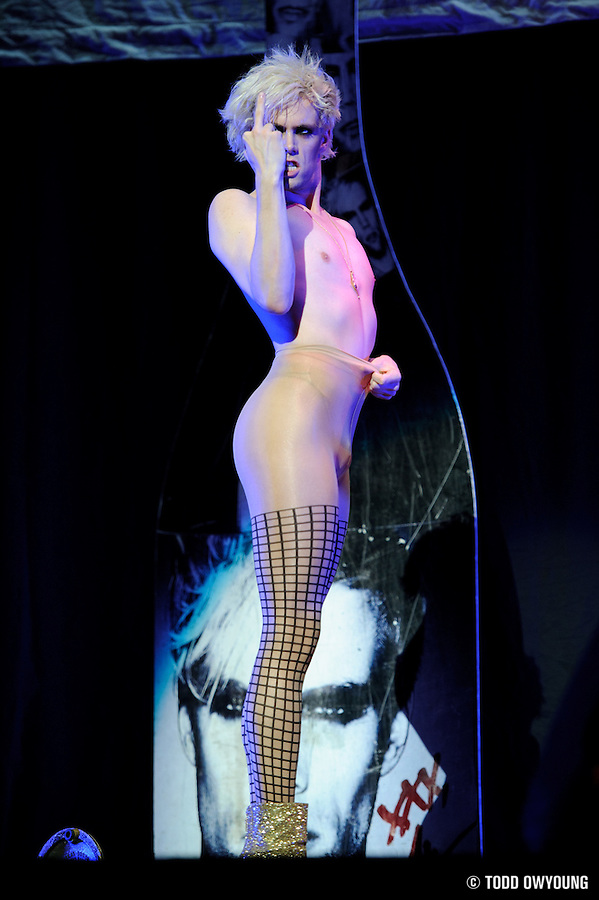 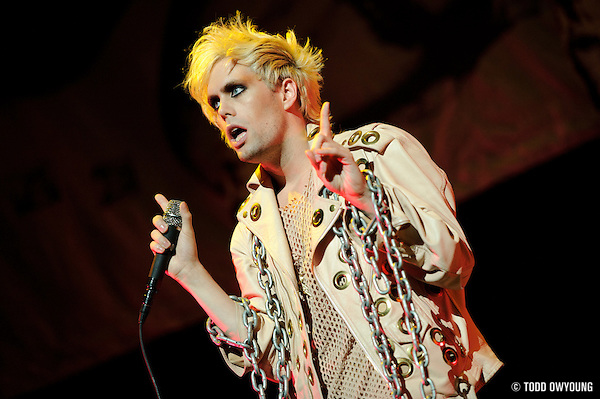 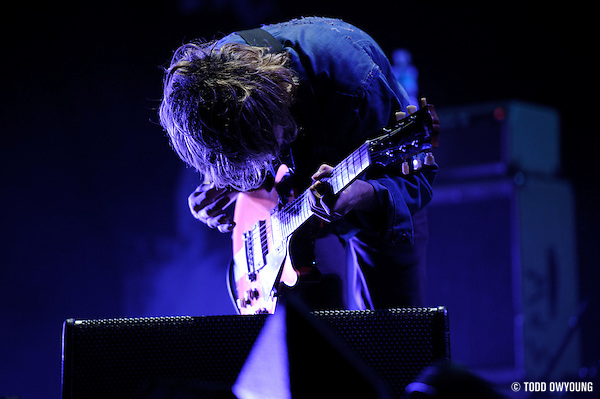 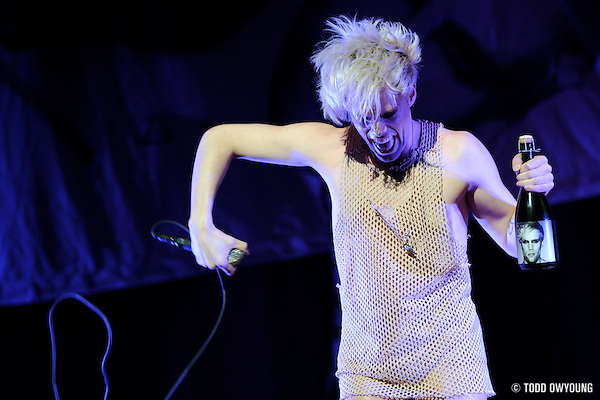 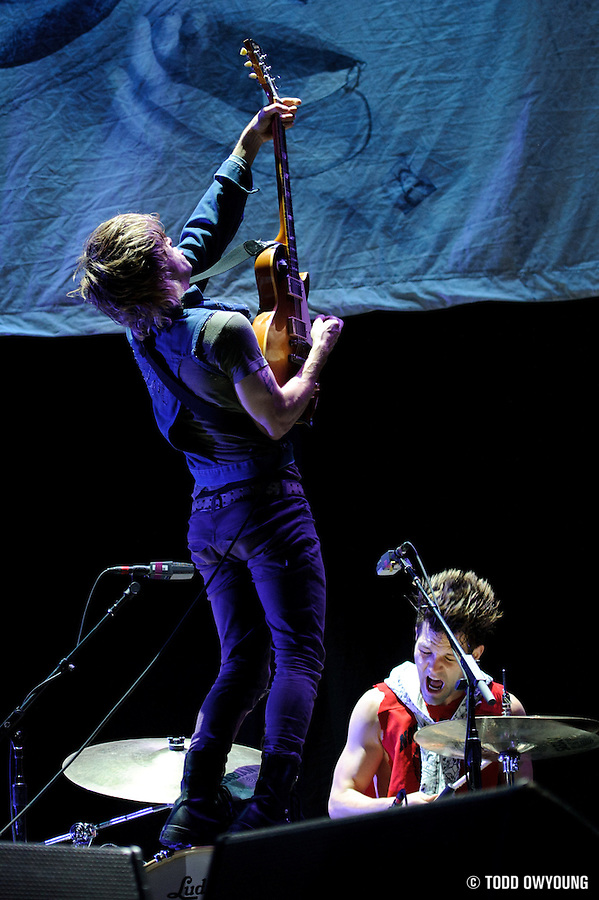 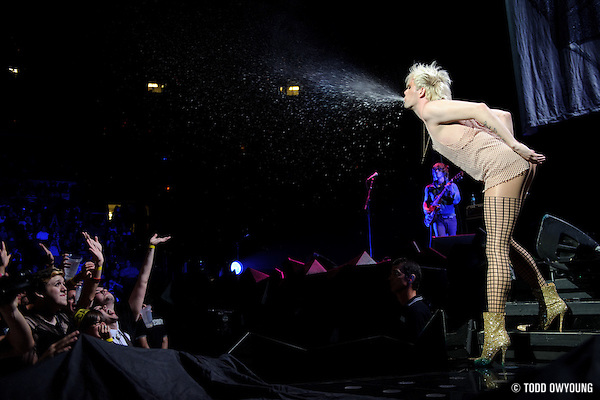 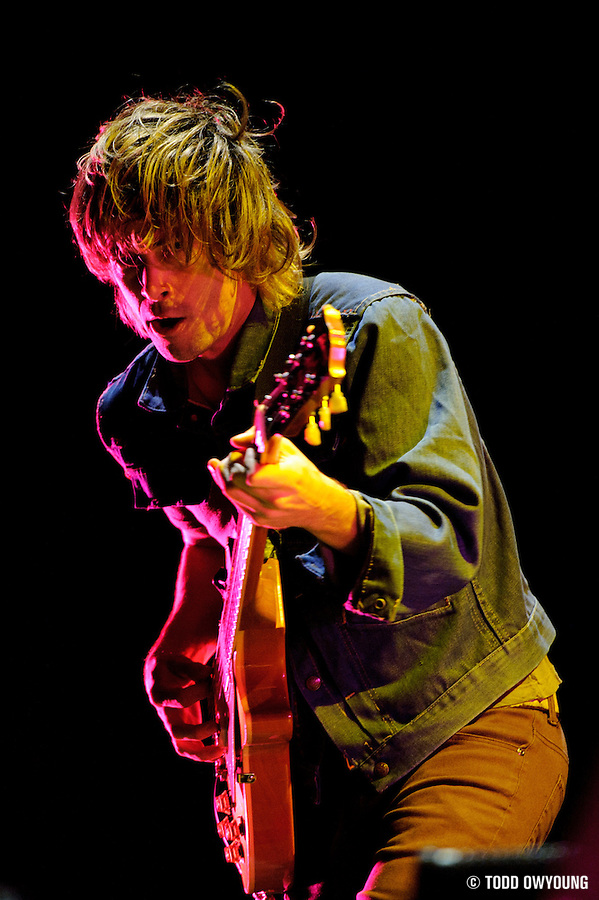 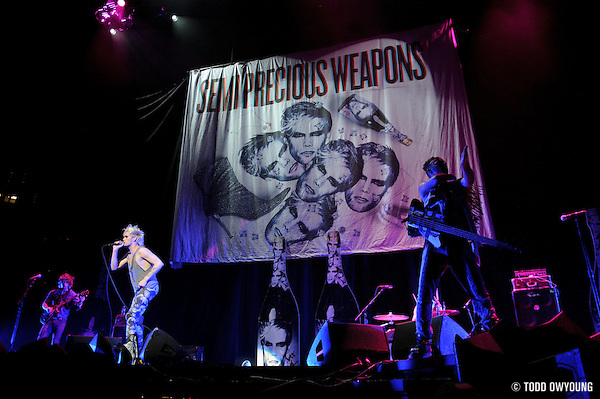 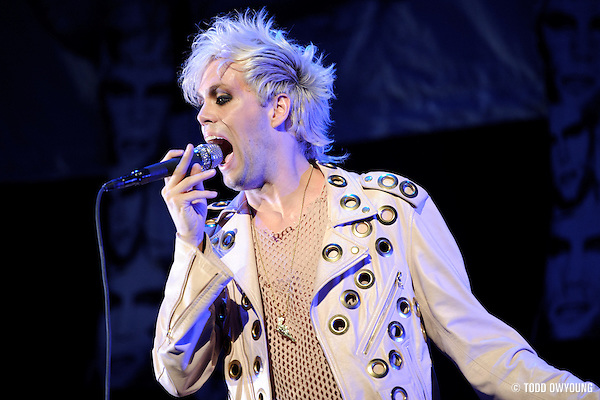 I've photographed Semi Precious Weapons everywhere from tiny basement dives to clubs and grungy theaters to gilded ones, but I was really curious about the shoot on the band's arena tour with Lady Gaga.

When I heard that I had permission to shoot Semi Precious Weapons from the pit instead of the soundboard, where I was to photograph Lady Gaga, I was thrilled. The best part about it, though? Seeing my friends on that big stage, with an arena singing along to every word that came out of Justin's mouth.

This shoot is either a cakewalk or a little challenging, depending on how you look at it. Between the spotlight, his posing, and on-stage antics, photographing singer Justin Tranter is just about as easy as breathing. The rest of the band are another matter entirely due to the very tricky lighting and constant movement. Drummer Dan Crean benefits from the second best light to Justin, but guitarist Stevy Pyne and Cole Whittle both receive more moody treatments on the sides of the stage.

There are too many great moments to list, but here are two notable things to watch for during SPW's first three songs: For this set, I used the Nikon 70-200mm for the majority of my shooting – the telephoto range was great for close-ups of Justin, closing the gap, and for dealing with the high stage. However, when Justin came closer to pour champagne, the wider range of the Nikon 24-70mm came into full effect.

Like these images? Order prints by clicking through from the slideshow or the images above.

Also, you can share this slideshow by grabbing the embed code in the lower right of the player.