The second day of the first-ever LouFest saw bigger crowds, higher temperatures, and tons of great music, including performances by She & Him, Jeff Tweedy, Alejandro Escovedo, Fruit Bats, Cory Chisel, and more.

The atmosphere for LouFest was great – very relaxed, very casual. And of course, I think we had some great weather in St. Louis considering the late August dates. 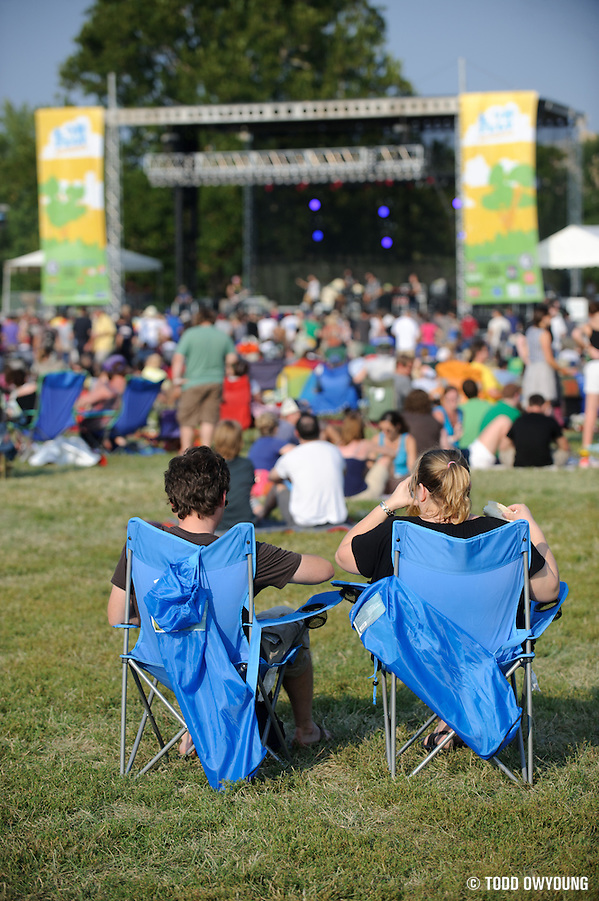 Kim Massie kicked off the show with a little gospel-styled set under the open shade of the main stage. A nice, easy way to start the day, if I do say so. 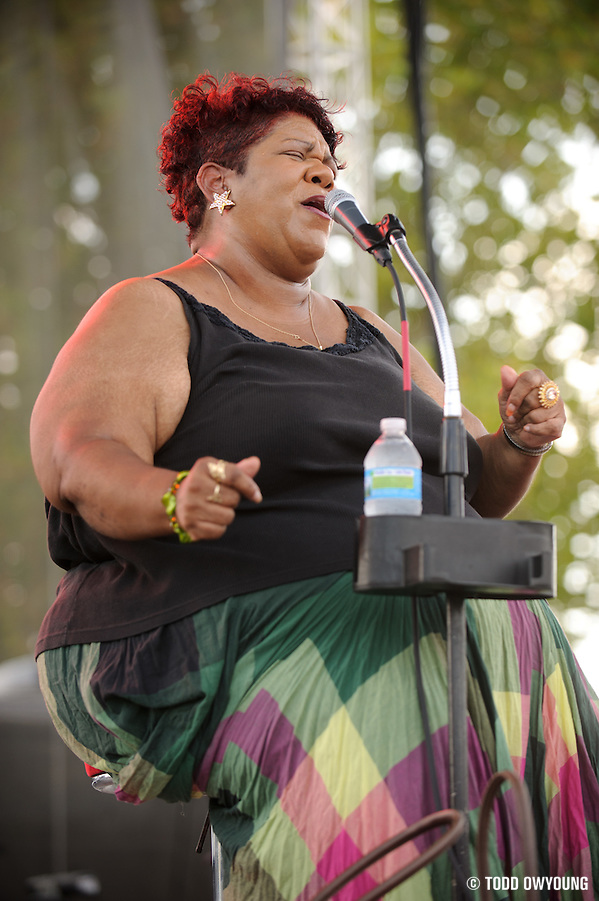 Hometown alt-country favorites Magnolia Summer kept things rolling and opened up the the b-stage at 1:00pm, with some really soft, gorgeous light on them. This sort of nice open shade is fantastic for portraits, and shooting a band under this kind of light was a treat. 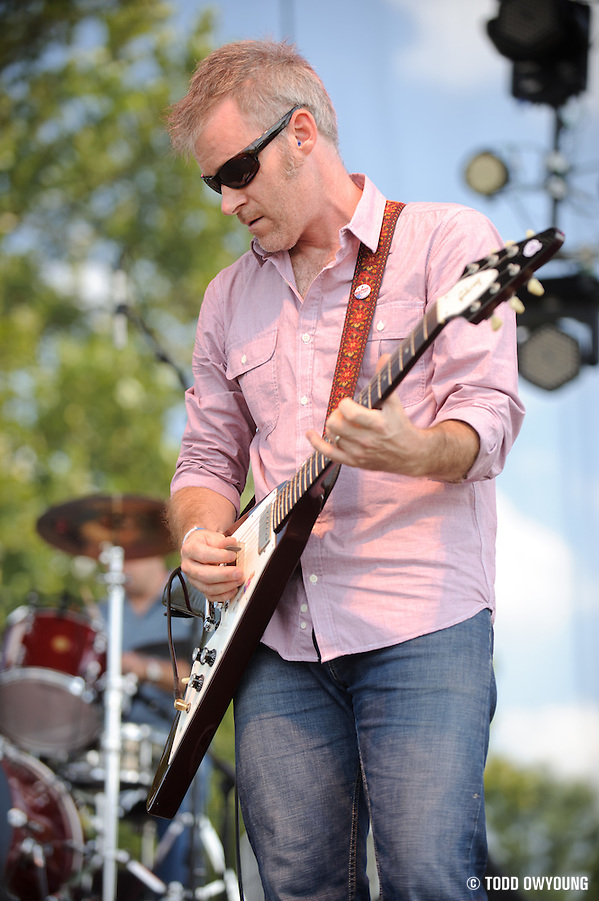 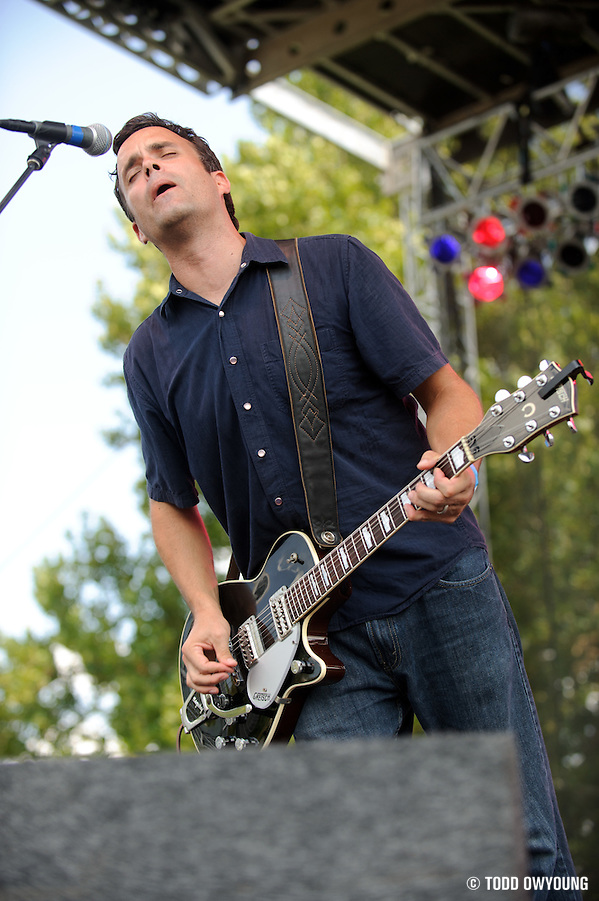 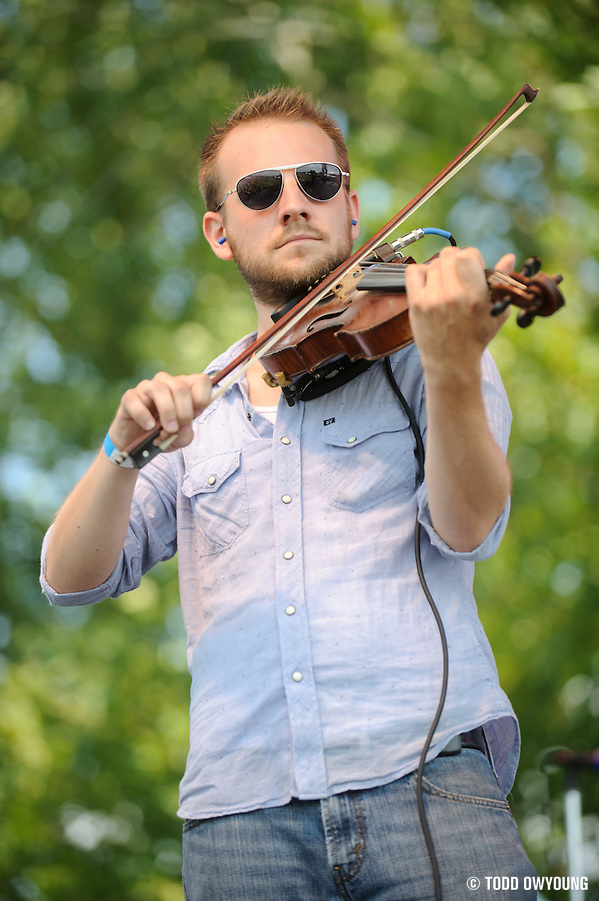 The Carolina Chocolate Drops were a band I'd never heard, but they were a nice surprise. Several fans had come in from out of town to see this trio perform, and with covers of Johnny Cash and others, they didn't disappoint. 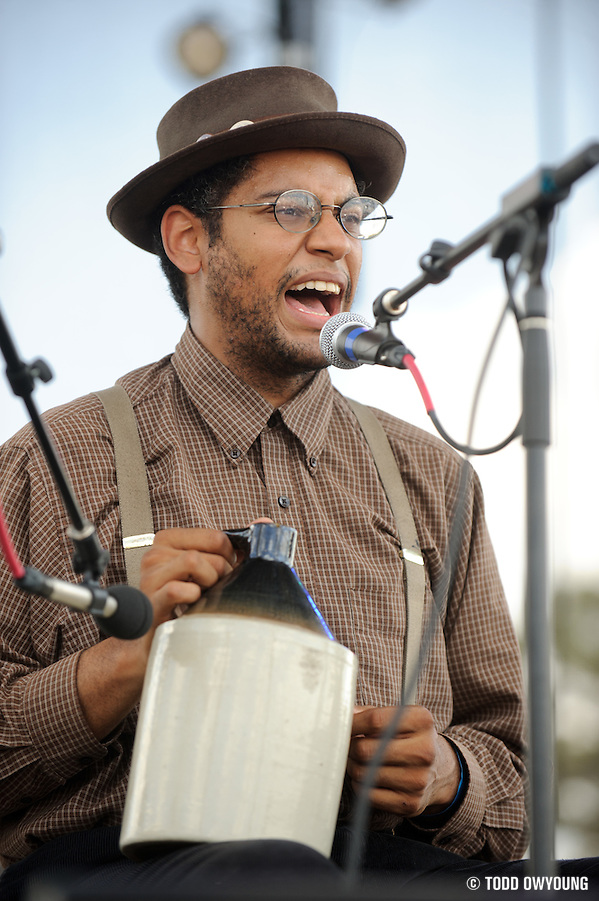 Local favorites Gentleman Auction House put on a lively set – I've seen these guys a few times before, but never at a festival setting like LouFest, and they sounded great.

About the time of this show, the sun was finally peaking over on the b-stage, but the band popped out well against the bright sky behind the stage. 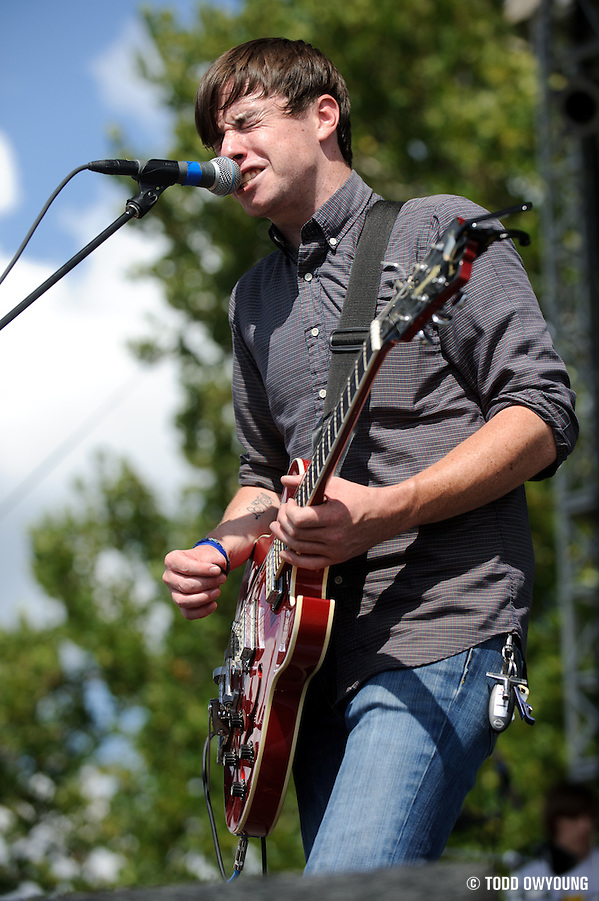 Singer-songwriter Cory Chisel was a fantastic photo subject at Loufest. He was in good spirits, easy to smile, and overall a charismatic subject. When his guitarist was having some technical difficulties with weird noises coming from an amp, Cory remarked that he didn't know what it was, but suggested that “maybe it's the Devil.”

The light was hitting just right so that the whole stage had a really airy feeling with the natural light and made it a pleasure to shoot. 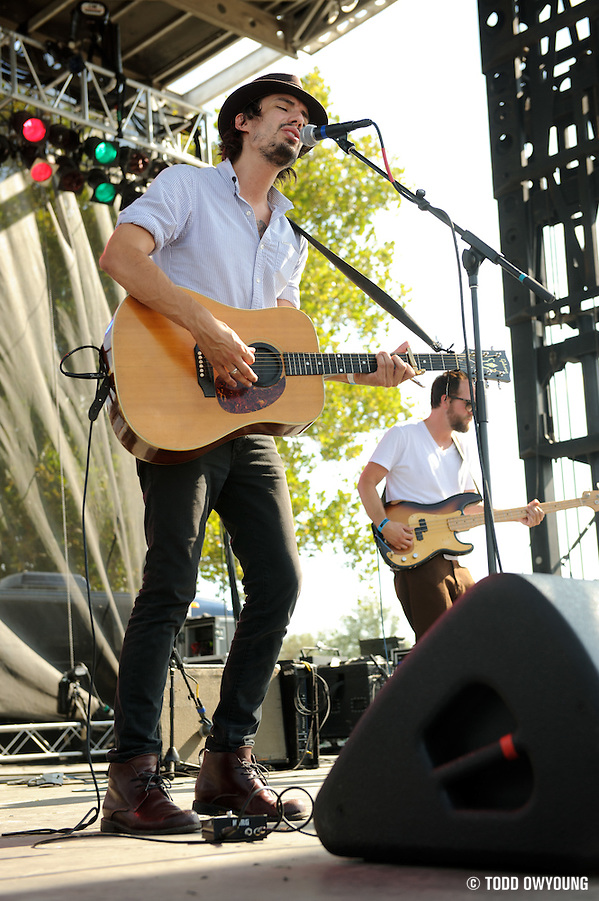 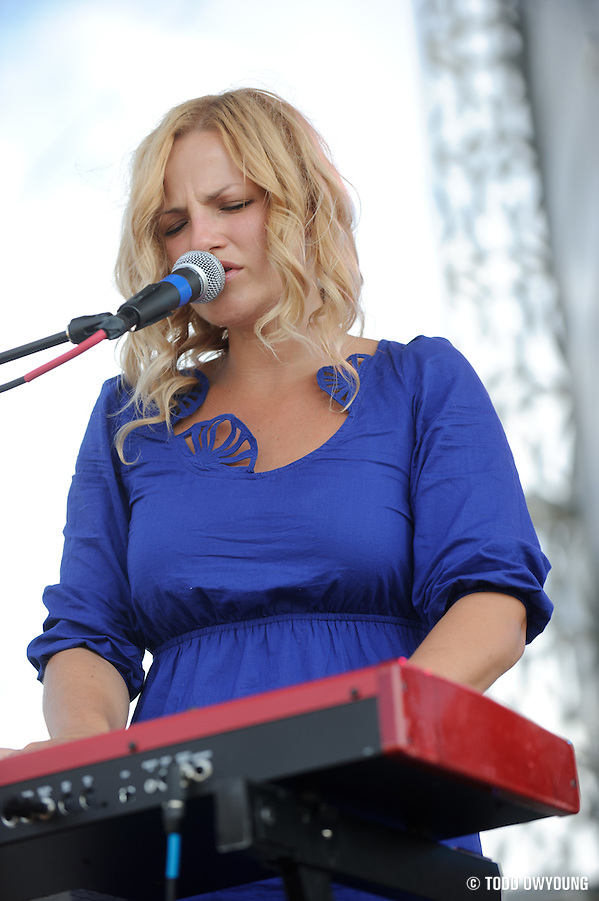 Indie-folk rockers Fruit Bats played in the full, bright afternoon sun of LouFest and for me, this sort of look epitomizes the summer festival photo vibe. 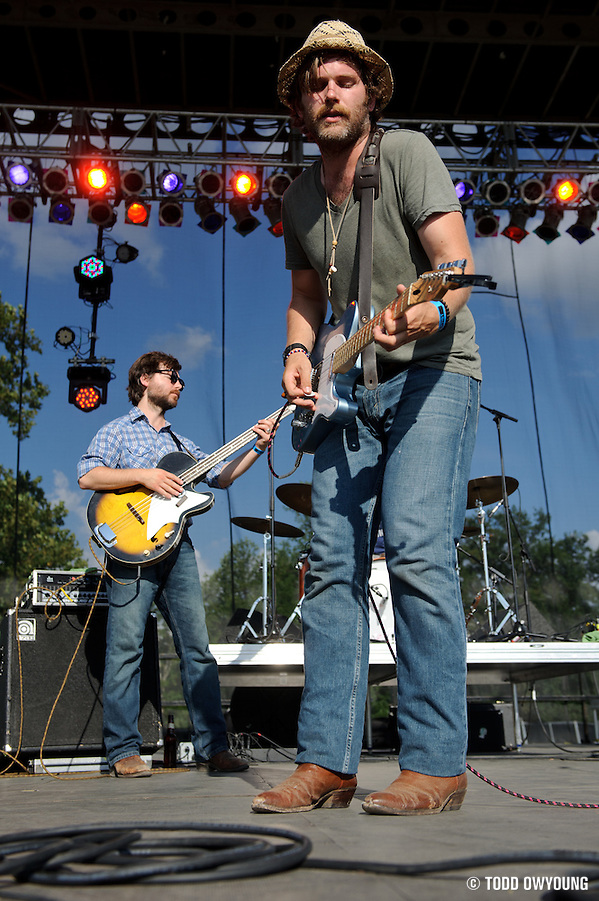 Alejandro Escovedo was amazing. He came out to the a-stage of LouFest and threw down, rocking sunglasses and a coat in the 90-degree weather. To me, his show just oozed rockstar confidence, and I loved photographing him. 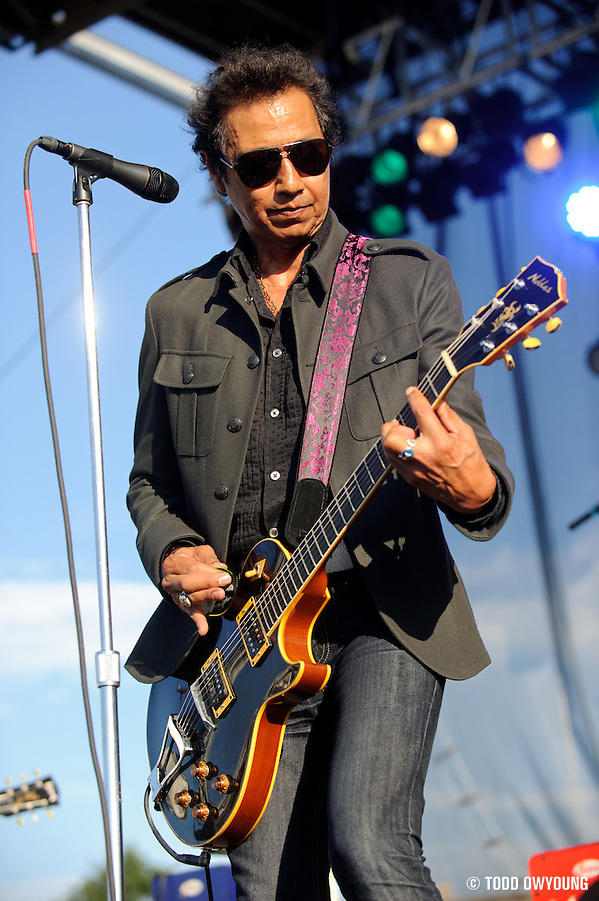 Jeff Tweedy was welcomed at LouFest like a son of the city, from outright adoration to hecklers joking about his bar tab at Ciceros. I'd caught Jeff Tweedy with Wilco at Farm Aid 2009, and it was great to see him on stage again. 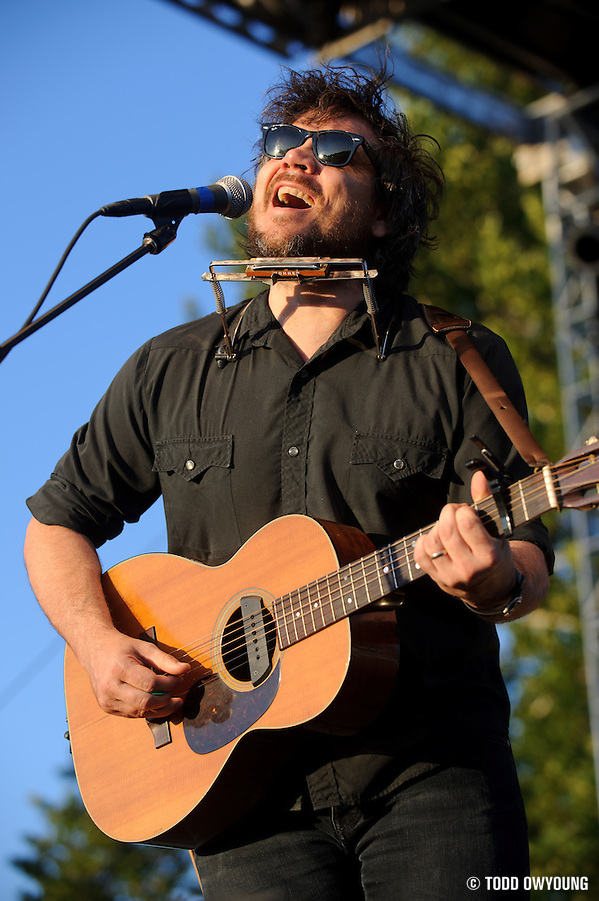 The headliners for the second day, She & Him, had a huge response from the crowd, with a lot of die-hard fans showing up early to snag a close spot to Zooey Deschanel.

While lighting for the band was a little touch-and-go, it was still a nice set to close out the festival. 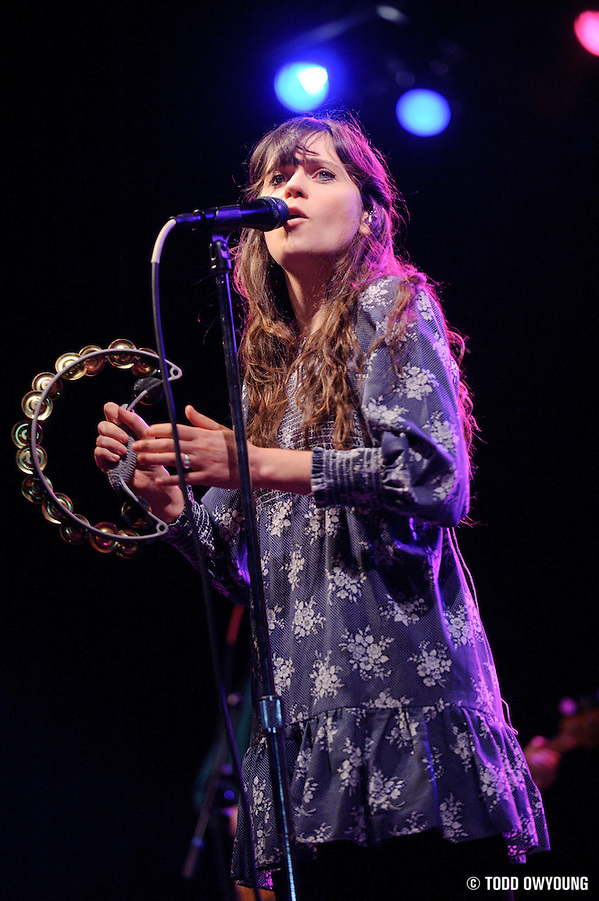 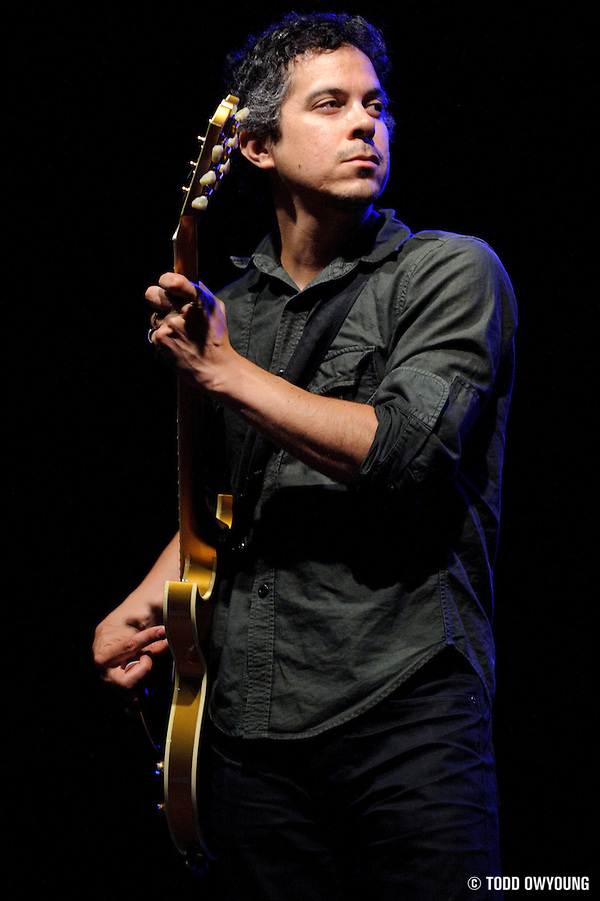 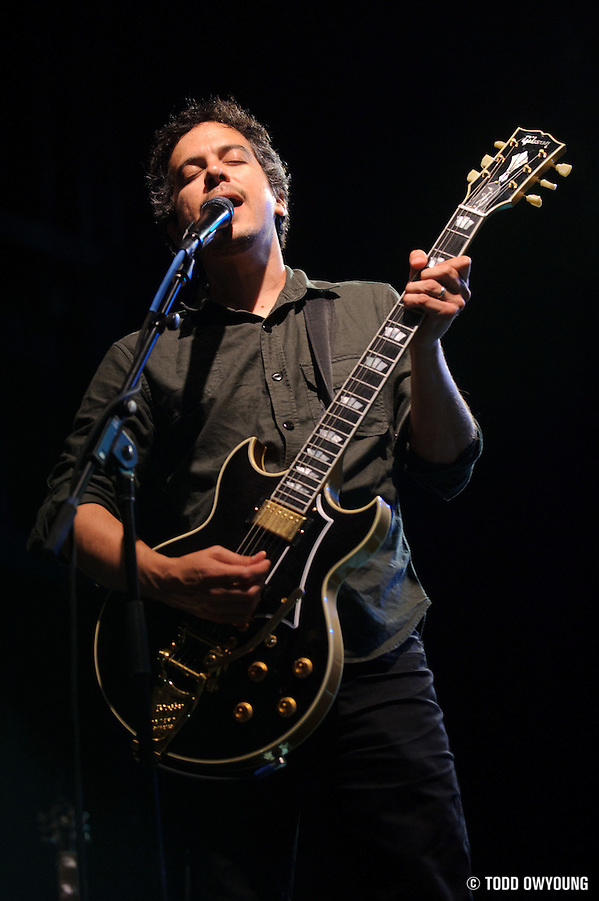 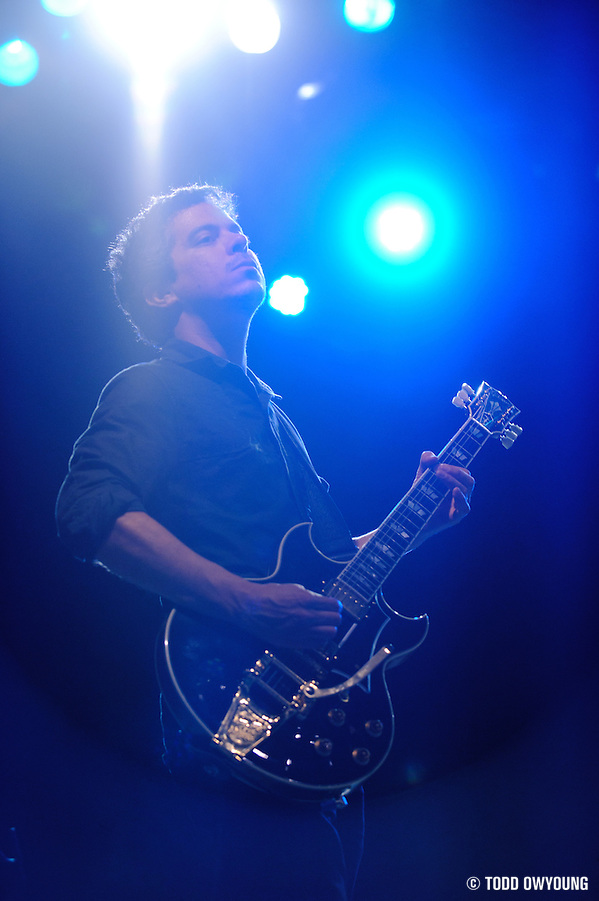 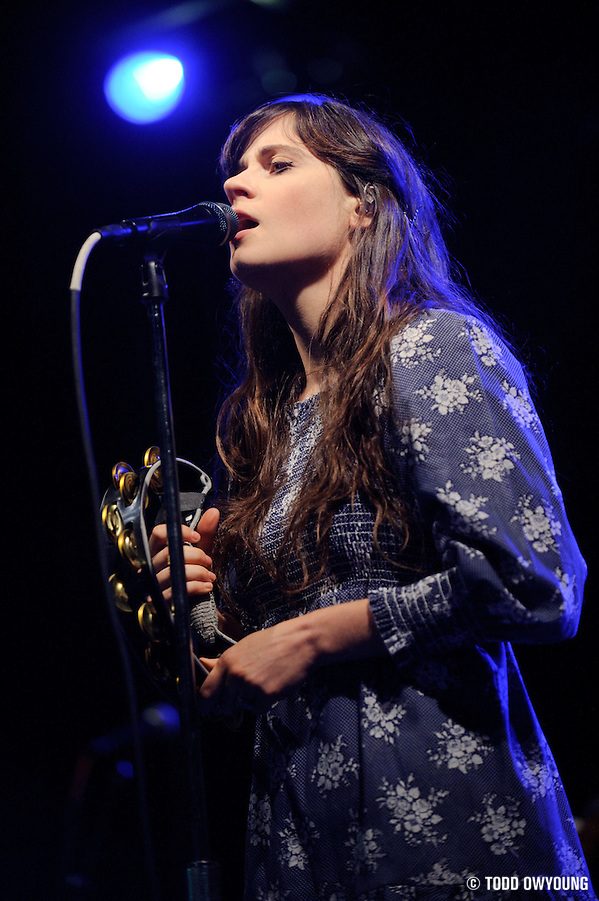 See more photos of She & Him at LouFest

If you haven't already, check out the photos from the first day of LouFest. Day two of LouFest was a great day for shooting. Despite feeling about 50% sick with a cold, the fantastic weather, music, and general vibe of the festival keep me energized throughout the long day. I'm definitely looking forward to attending and shooting again next year.

For day two of LouFest and the festival in general, the big hero here was the Nikon 70-200mm f/2.8, which I used extensively throughout the day. The height of the stage, the distance of the performers, and the general feel in the photo pit made the telephoto the natural choice for this festival, and it did a stellar job.

And speaking of wide-angles, here are some panoramas from the festival: