Here's a set of photo highlights from the day.

Local alt-country heroes the Bottle Rockets kicked things off with a high-energy set, rewarding early comers and some fans who had come from as far away as Washington DC. 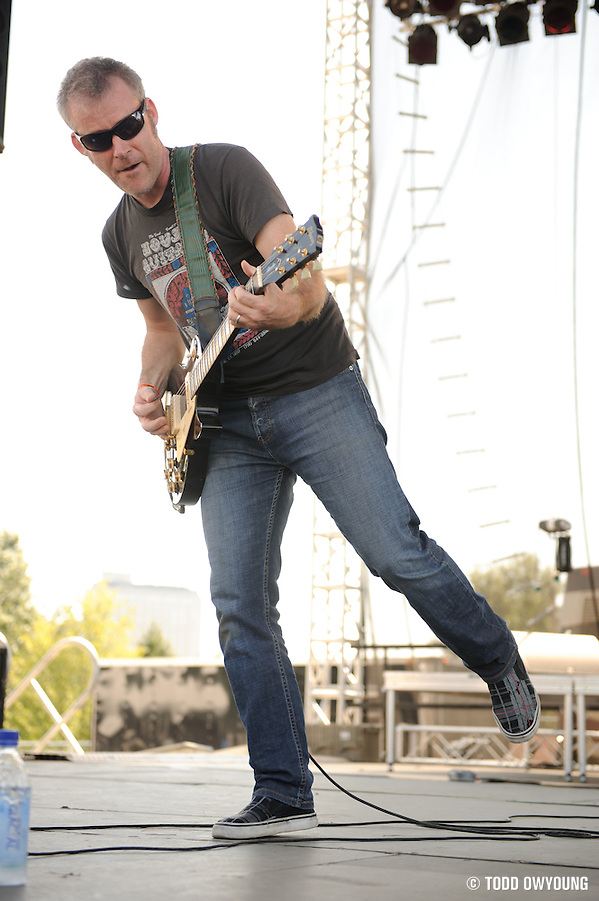 See more photos of the Bottle Rockets at LouFest

Stephaniesid from Ashville, North Carolina were a surprise for me. I'd never heard them before, but the band put on a very animated show that was a nice treat to photograph, not to mention singer Stephanie Morgan's great vocals. 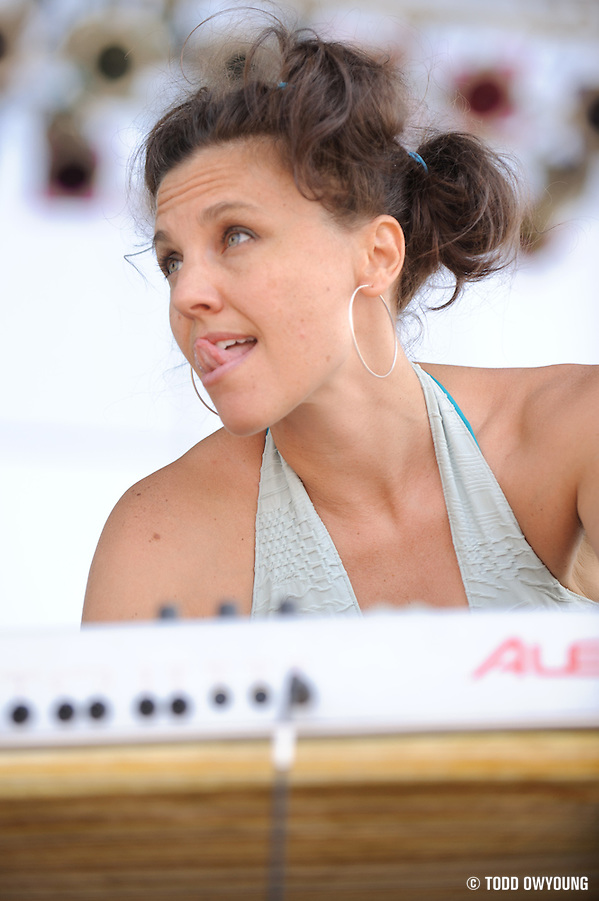 Local indie-rock darlings So Many Dynamos put on a great set, pulling out some new material for the crowd in one of the band's first performances of the summer. 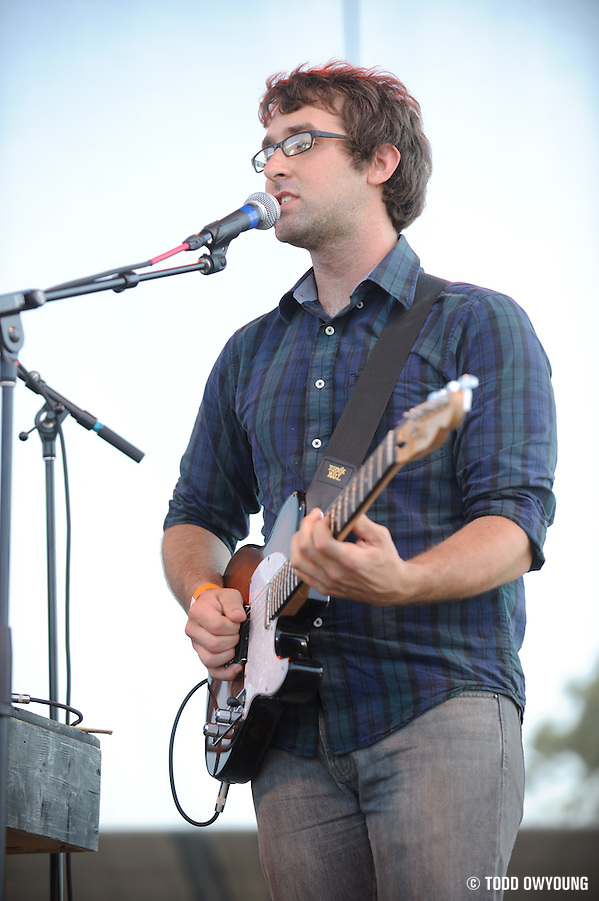 See more photos of So Many Dynamos at LouFest

Local singer-songwriter Adam Reichmann had performed at Offbroadway in town just a few weeks prior, but all that seemed to do was build buzz for his LouFest performance. 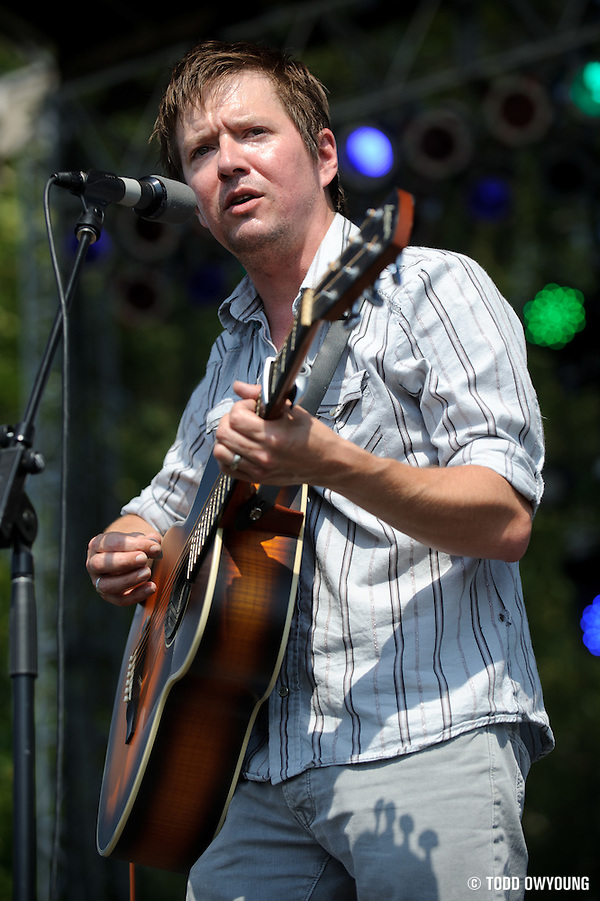 Titus Andronicus were great subjects, and just the mid-afternoon kick I needed at LouFest. Plenty of rocking out, complete with electric violin. 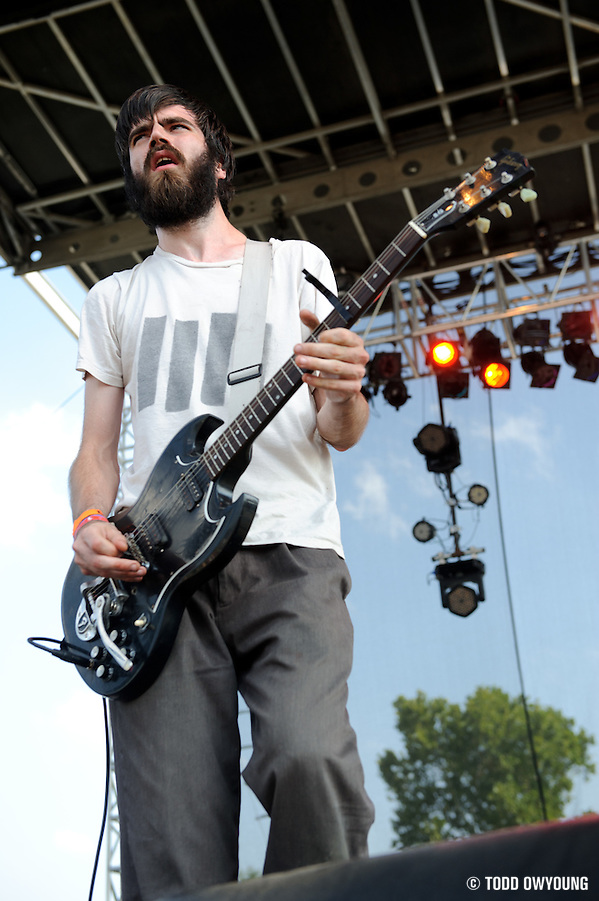 Alt-country band Lucero received some beautiful light at LouFest – bright, but the kind of summery light that works well for festivals like this. And thankfully, the stage lights were up to add the perfect amount of interest at the back of the stage for close-ups like this shot of singer Ben Nichols. 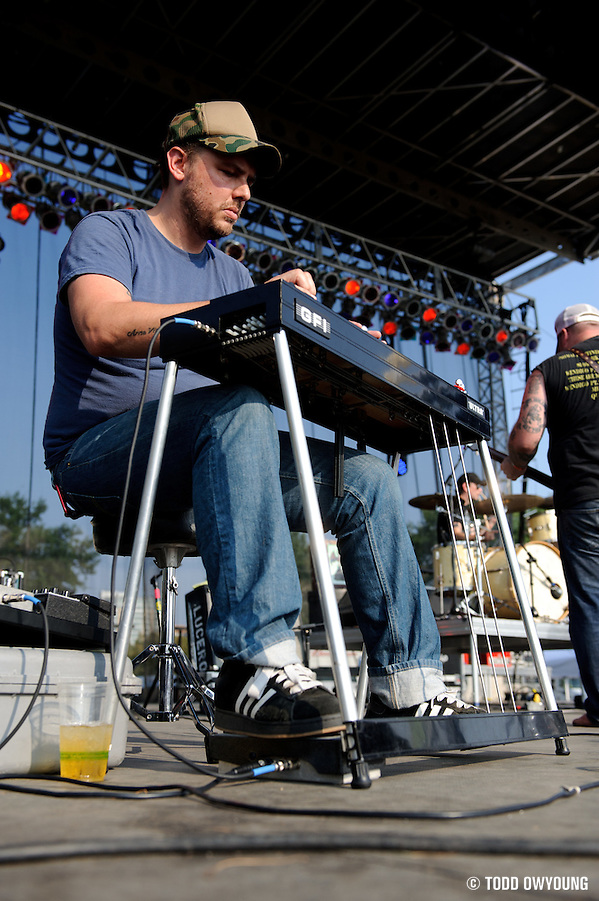 I'd heard good things about Airborne Toxic Event, but hadn't had a chance to see them until LouFest. I thought they brought a really big, rich sound to the a-stage of LouFest, as well as one of the more photogenic performances of the day. 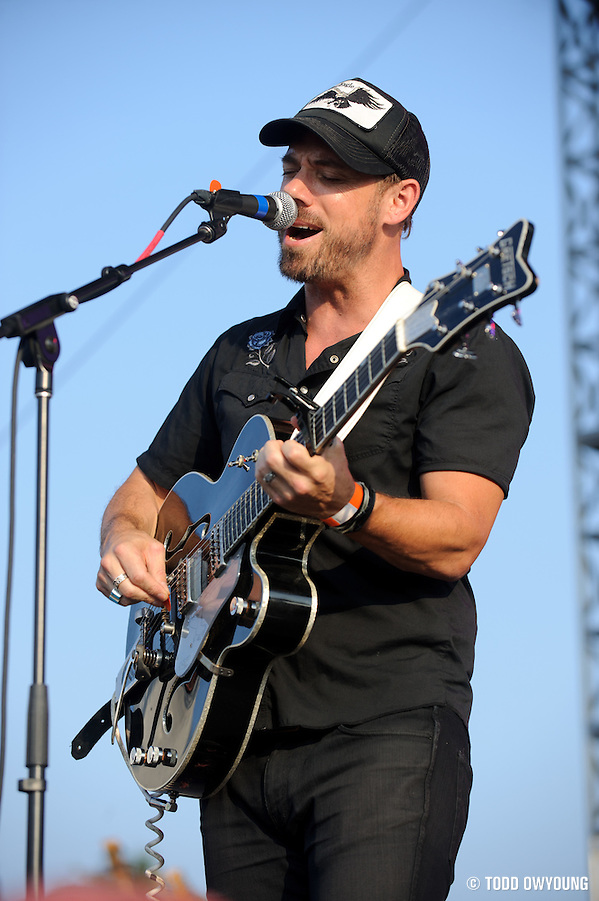 Indie-rock mainstays Built To Spill put on an epic set at LouFest, capping the show with “Carry The Zero,” which as far as I'm concerned was the perfect way to close out. 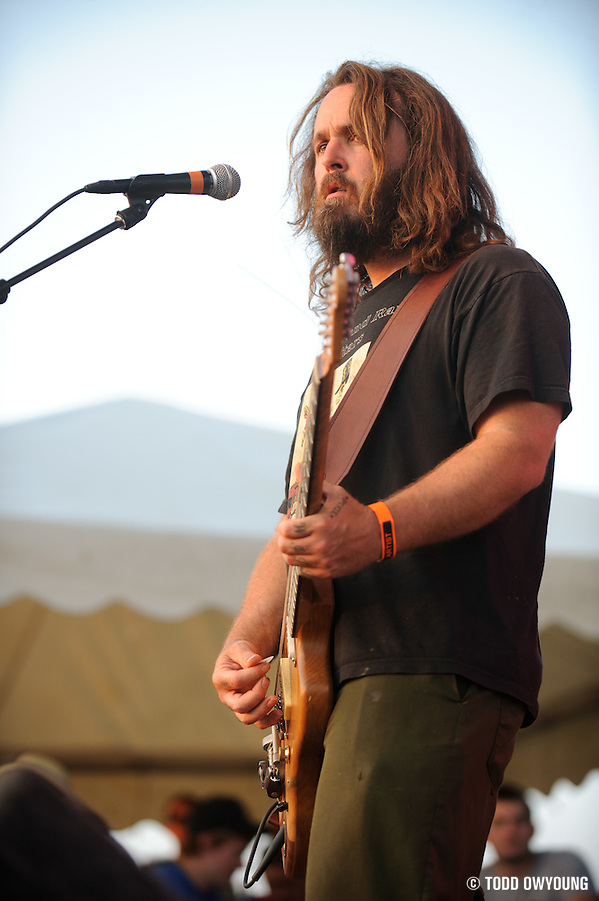 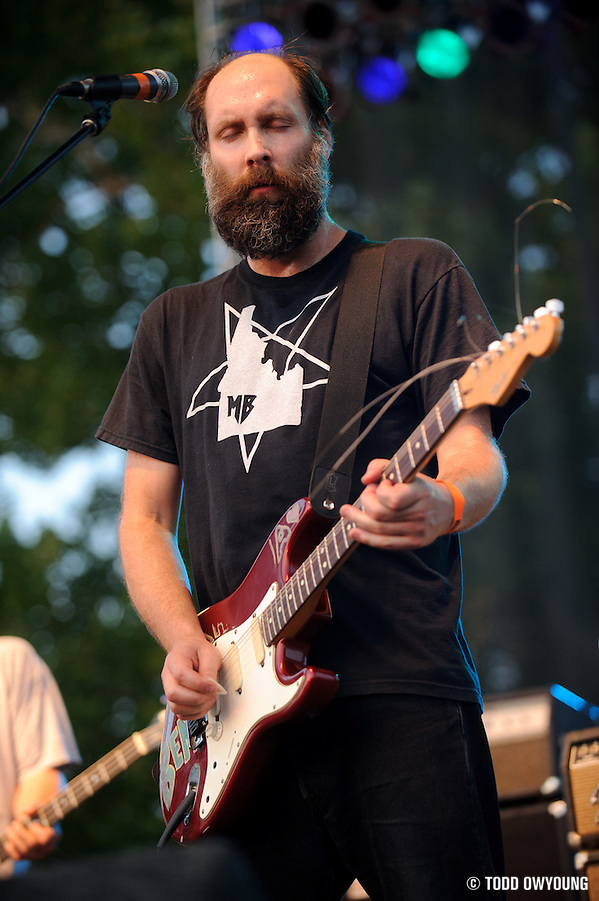 See more photos of Built To Spill at LouFest

By the time Broken Social Scene took the stage, it had been a long, hot day of shooting and great music. And when they took the stage, I had my doubts about the lighting at the festival.

As if sensing my disapproval, the lights then came on full blast, and photographers were treated to some most excellent production for a festival of this size, with plenty of searing backlighting. 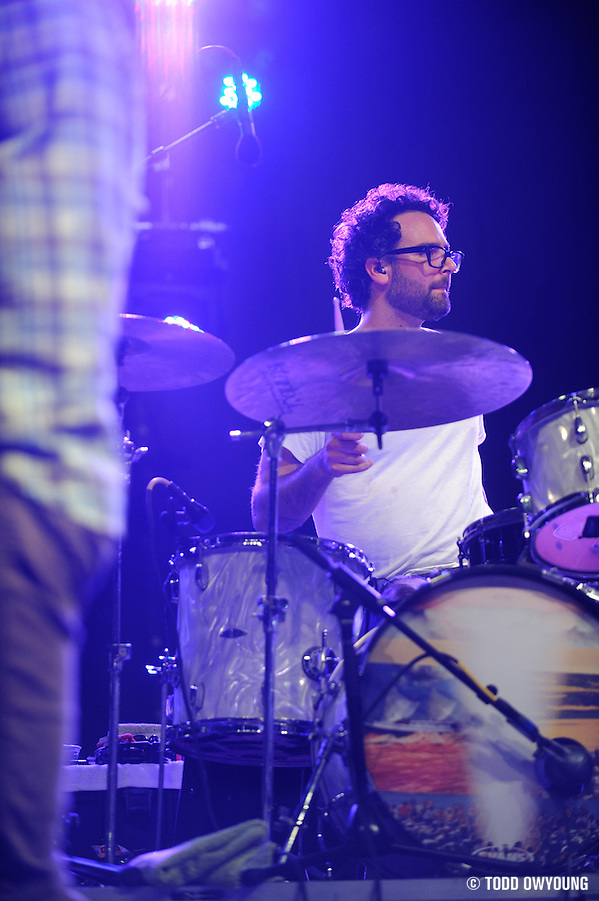 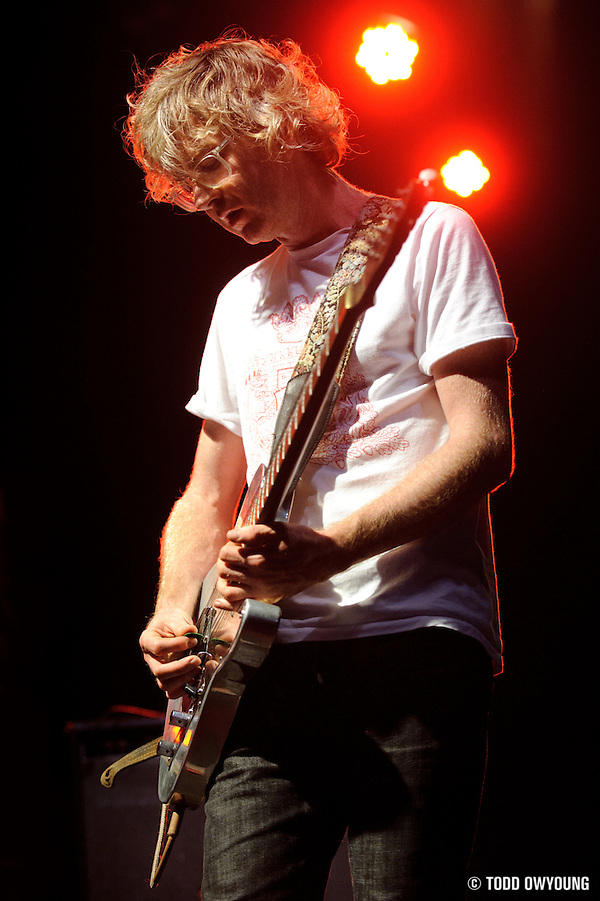 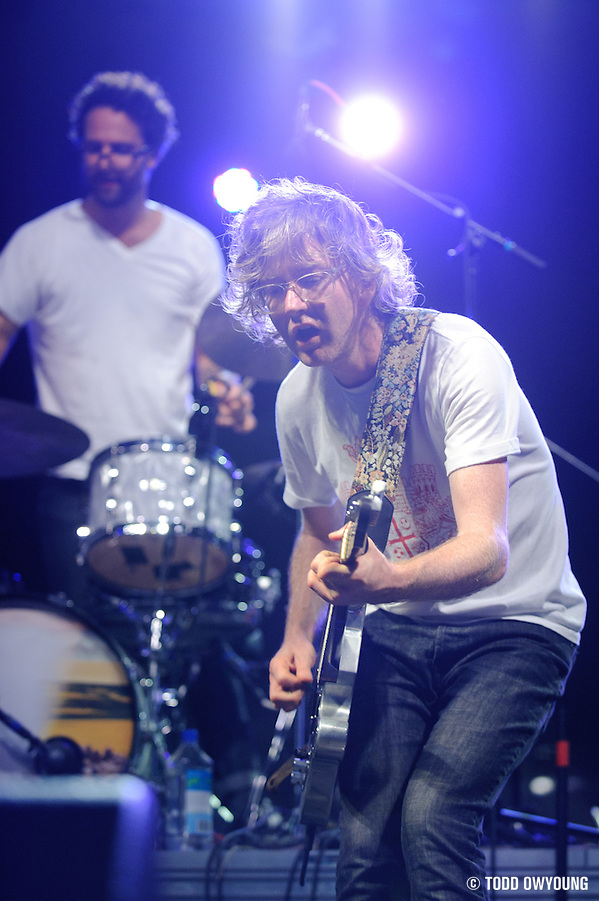 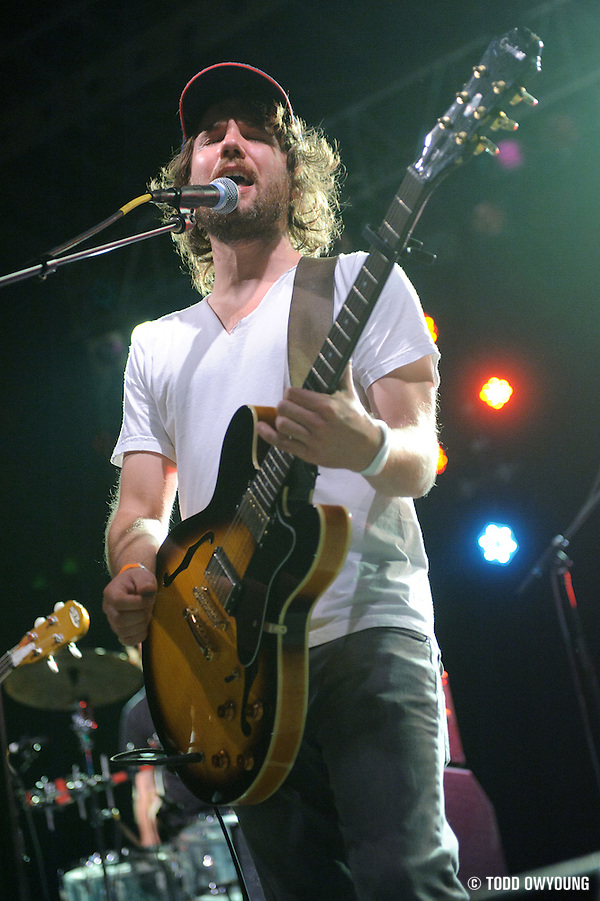 It's been a long time coming, but it was great to see the production and booking for LouFest. The kick-off on Saturday was a great day of shooting, with lots of highlights – and great weather, too.

Arriving on-site at LouFest, I sized up the stages and was pleased by what I saw. For me, the height of the stages was just about perfect, hitting around four and a half feet or so, such that even with monitors, there were good sight lines.

For this festival, the two stages were basically identical, with a little more room in the photo pit for the b-stage. Still, the photo pits were never super crowded, and there was ample room to move around. I never felt like the pits were overcrowded, and all the shooters were very considerate.

Want more LouFest? Check out day 2 of the festival.