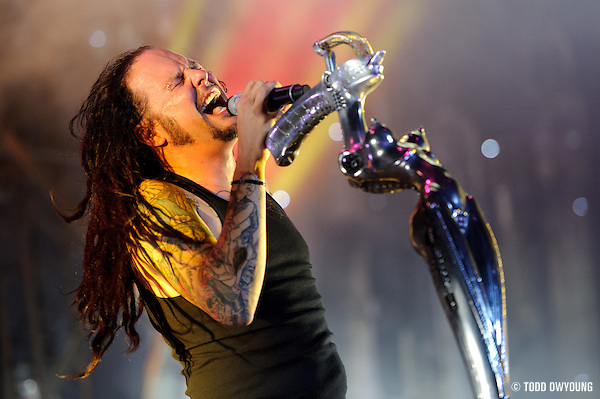 Capping the metal Mayhem Fest, nu metal pioneers Korn stormed the main stage in what was one of the most challenging – and rewarding – sets of the day. Spastic lights, heavy thrashing, and a line of imposing monitors at the front of the stage meant press had to bring their A-game for this intense performance. 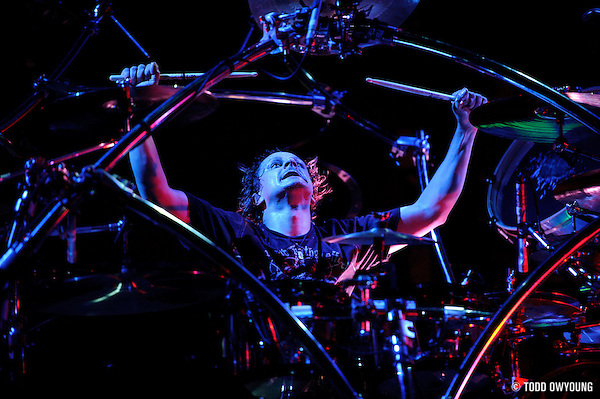 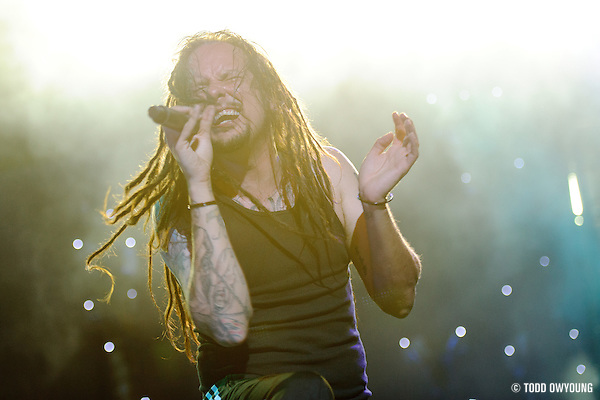 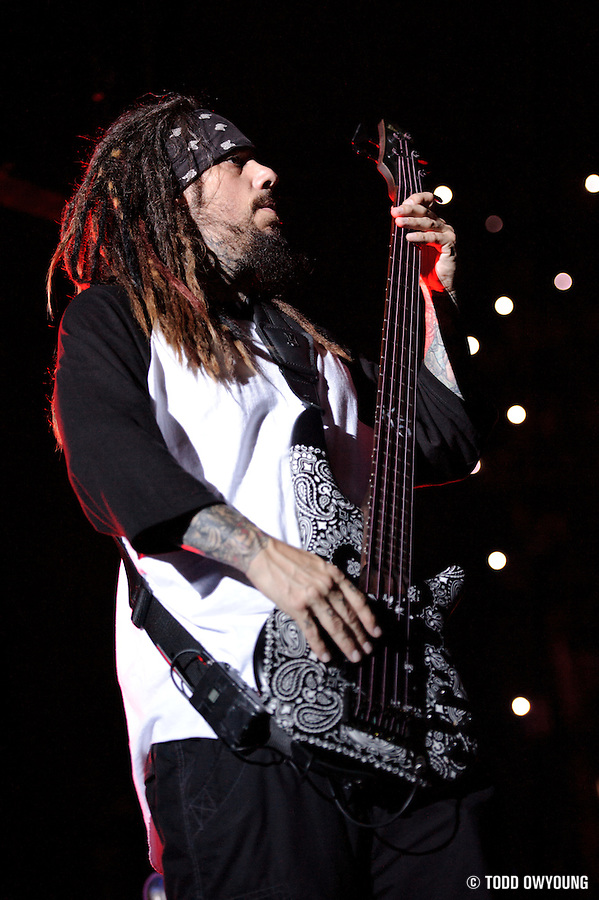 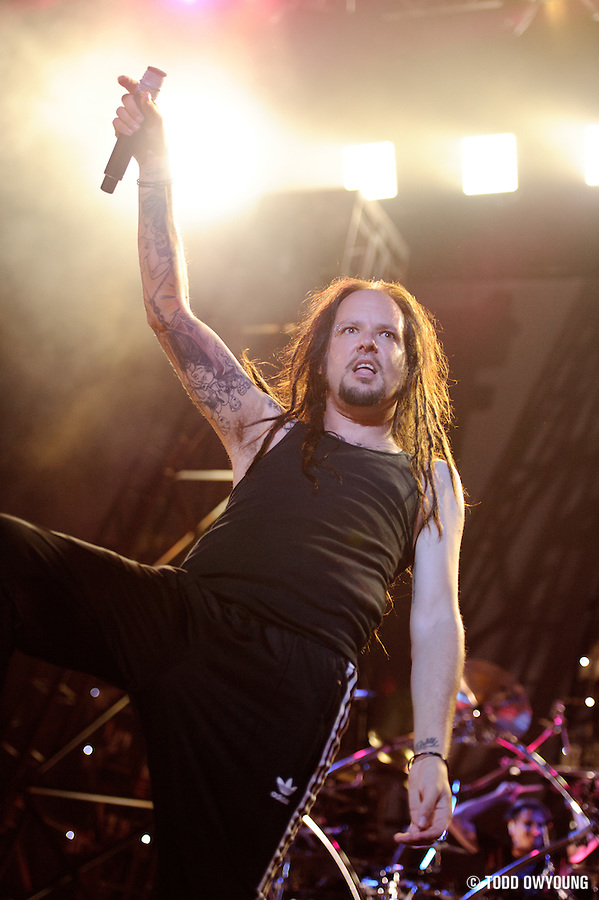 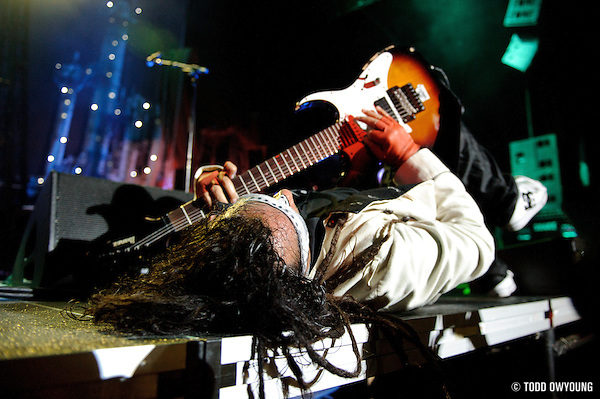 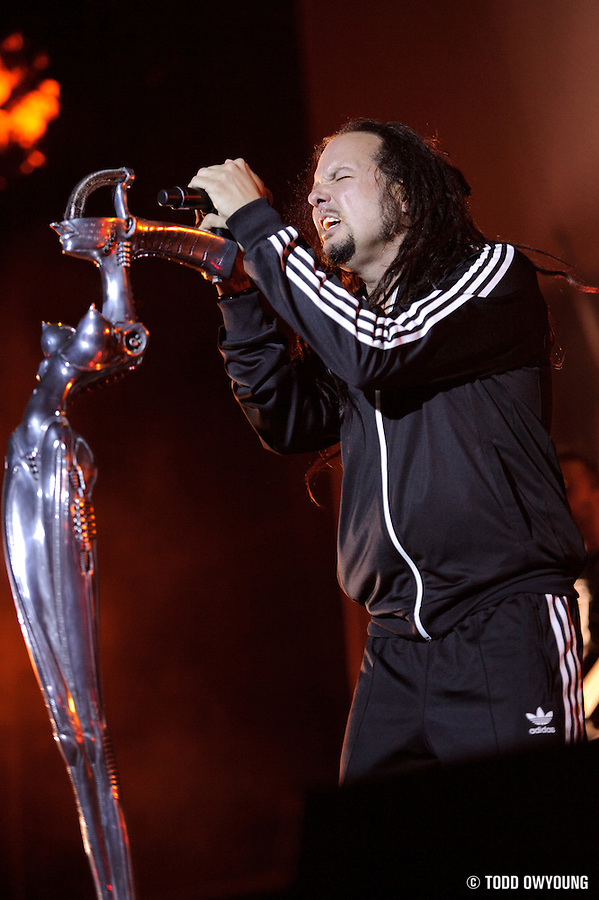 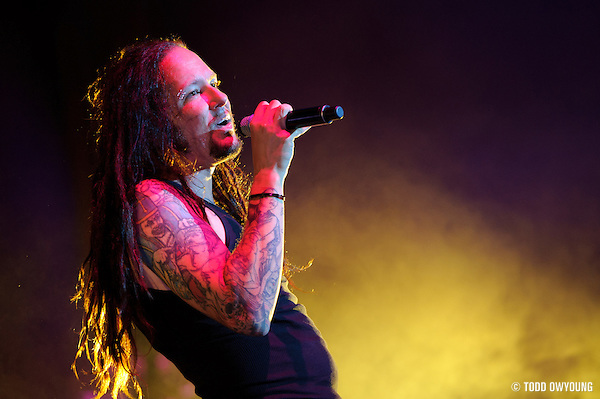 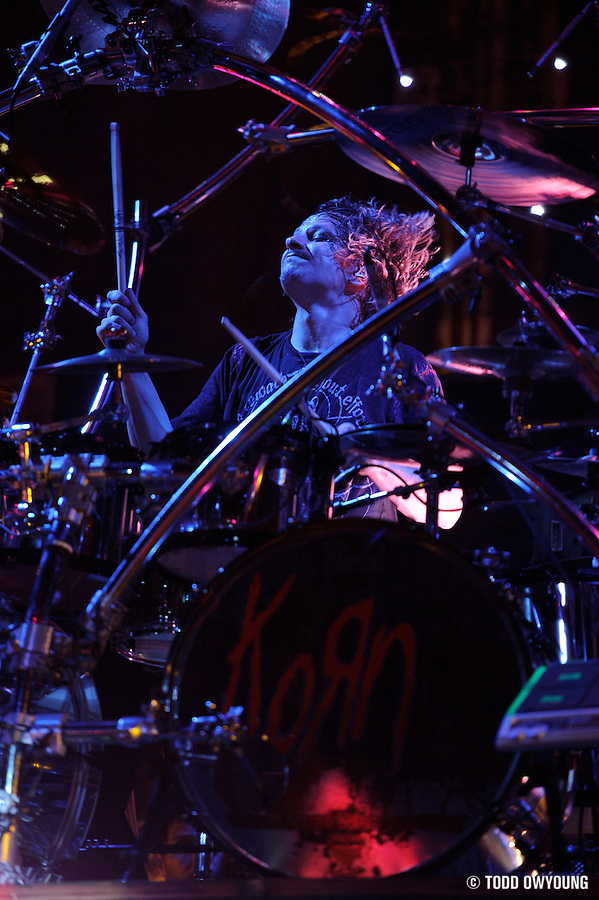 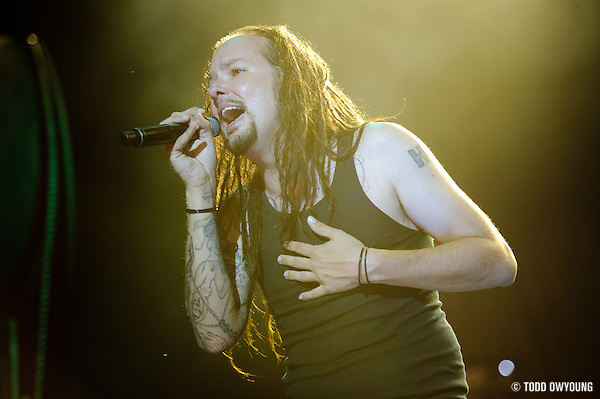 I've seen some great live music images of Korn over the last several years, and I was excited to see what the band was about. A lot of the most memorable photos revolved around singer Jonathan Davis and the now signature mic stand that he uses. The polished metal stand features an H.R. Giger-esque female figure, and Davis uses the feature as a brace for his frequent headbanging.

Due a line of monitors at the front of the stage, this wasn't a very wide-angle show in my opinion. I stuck mostly to the longer end of the Nikon 24-70mm f/2.8 and used the Nikon 70-200mm f/2.8 for tighter framing. Overall, the new 70-200mm was great for this show, and really helped close the gap to Jonathan Davis and drummer Ray Luzier.

Overall, there was a ton of movement from Davis, so tracking and continuous AF were really important for this shoot.

In general, I'd say that Korn was probably second to Rob Zombie‘s performance in terms of technical challenges, but more rewarding in the fact that the light for Korn was much more dynamic. Lots of short-duration side and backlighting for this show, which made for great images – if you caught it. By comparison, shooting Five Finger Death Punch was a cakewalk.

Want more Mayhem? Check out the sets from Five Finger Death Punch and Lamb of God, and Rob Zombie.

Like these images? Order prints by clicking through from the slideshow below. Share this slideshow by grabbing the embed code in the lower right of the player.