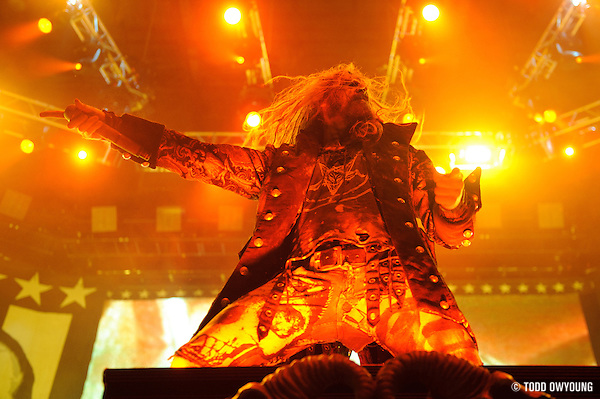 Love him or hate him, Rob Zombie is an undeniable showman, and his performance at Mayhem Fest 2010 was the perfect showcase for his twisted circus. With plenty of pyrotechnics, theatrics, and the one and only John 5  as his lead axeman, Zombie was guaranteed crowd-pleaser for Mayhem. 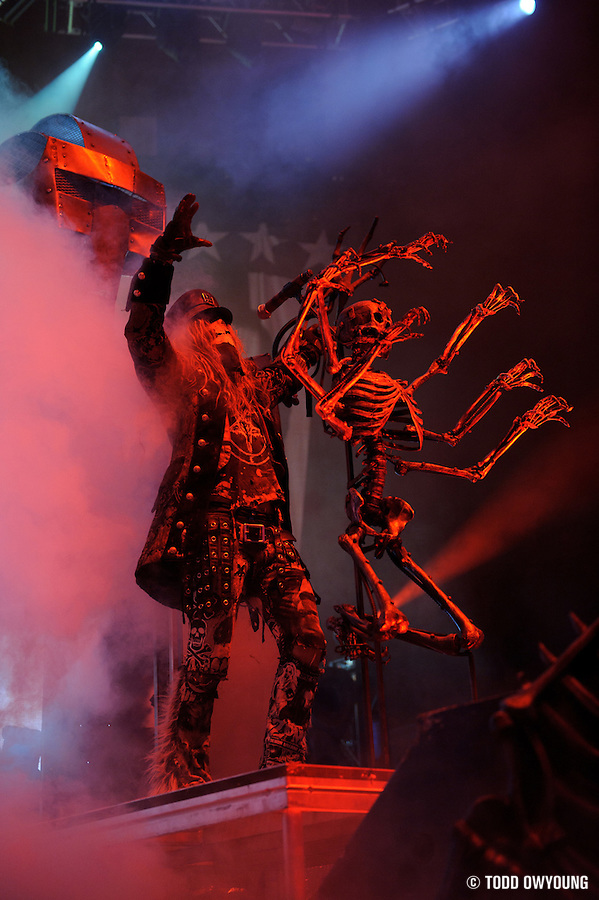 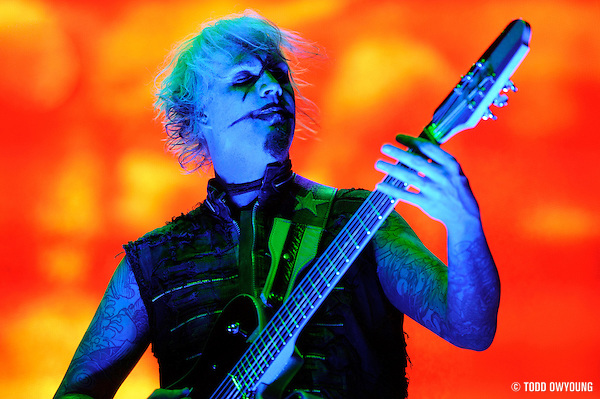 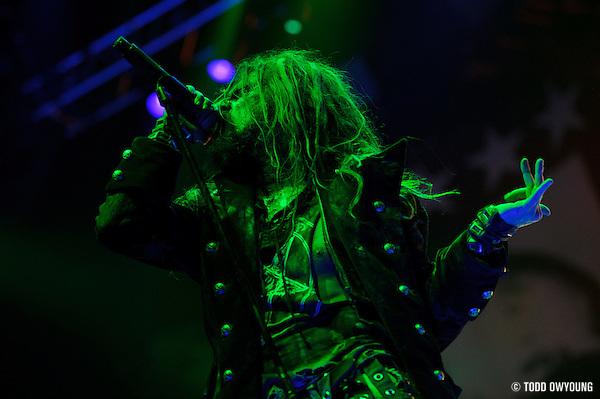 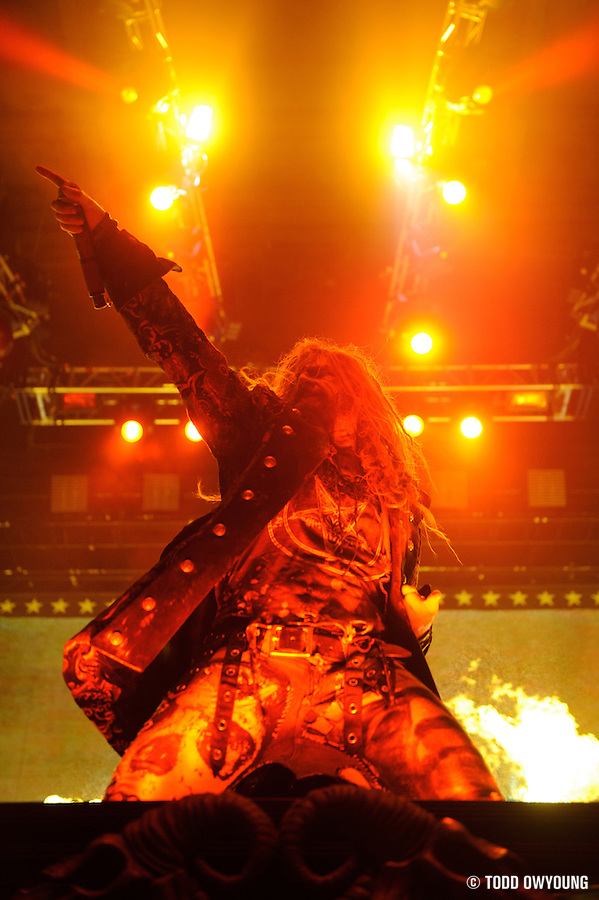 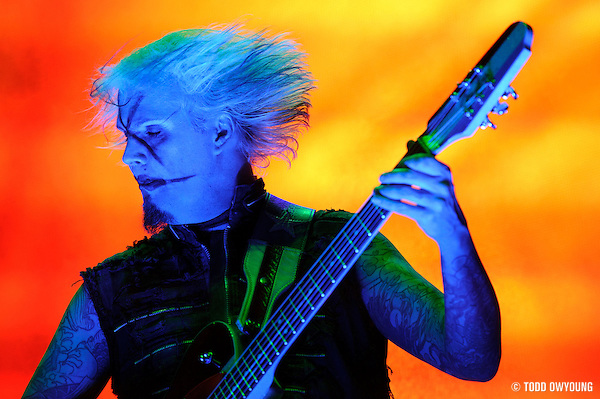 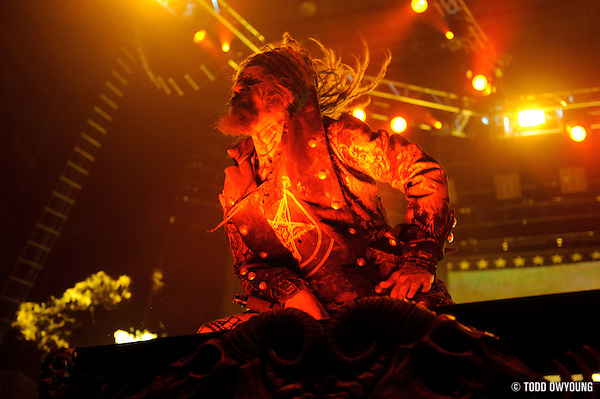 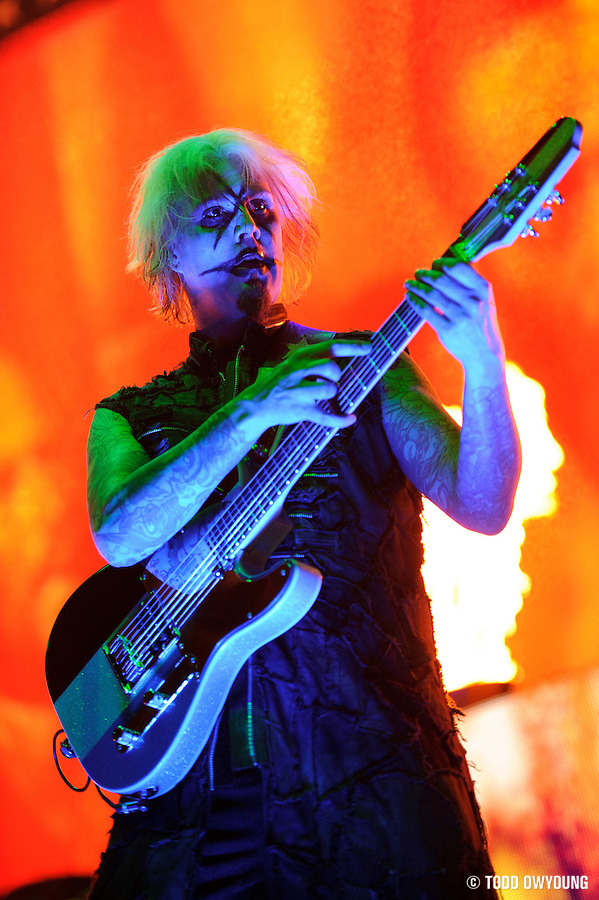 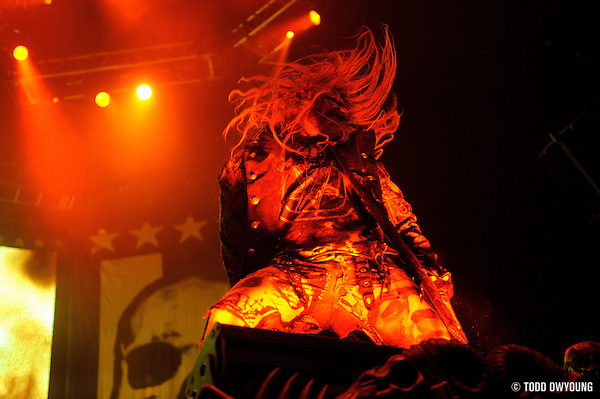 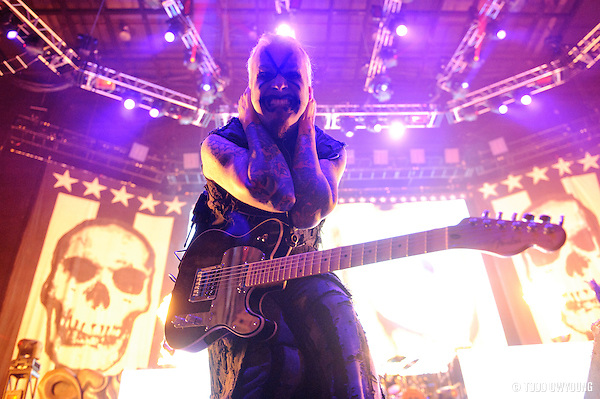 This show was chaos. But, having photographed Rob Zombie in 2009, I had a good idea of how his set was going to go down. For the most part, many of the elements of the show were the same, with Rob Zombie and crew coming out with skull bandanas over their faces and spending a lot of the first couple songs playing “musical chairs” on the three large video screens/risers that were set up at the front of the stage.

My shooting was pretty evenly split between the Nikon 24-70mm f/2.8 and the Nikon 70-200mm f/2.8. The monitors with video screens that Zombie uses are pretty big obstacles, so the telephoto was great for when the performers were standing behind them (which is where their mic stands are located). However, when the guys are on top of these risers, that's when the midrange zoom really came into play.

For me, my favorite part of this shoot was photographing guitarist John 5. No discredit to Rob Zombie, but J-5 is really a magnetic subject in his own right. That, and he has some great light on him during this performance.

Want more Mayhem? Check out the sets from Five Finger Death Punch and Lamb of God. Korn, Mayhem's 2010 headliners, are coming up!

To compare and contrast the 2009 setup and the setup Zombie is using on Mayhem 2010, you can hit the old images here:

Like these images? Order prints by clicking through from the slideshow below. Share this slideshow by grabbing the embed code in the lower right of the player.