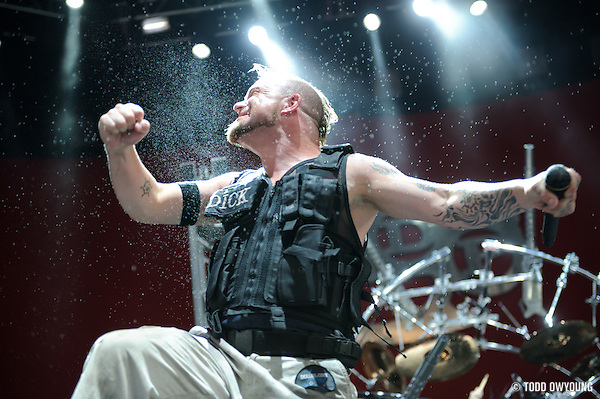 Kicking off the party on the main stage, Five Finger Death Punch put on one of the most fun and photogenic performances of Mayhem Fest. To boot, FFDP had some of the “easiest” lighting of the day, with a nice mix of white light and color washes. 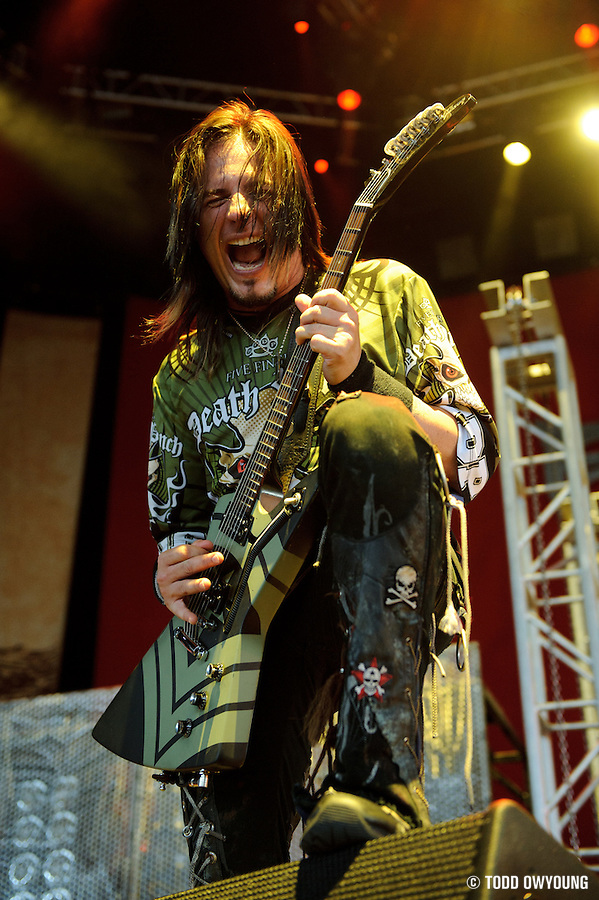 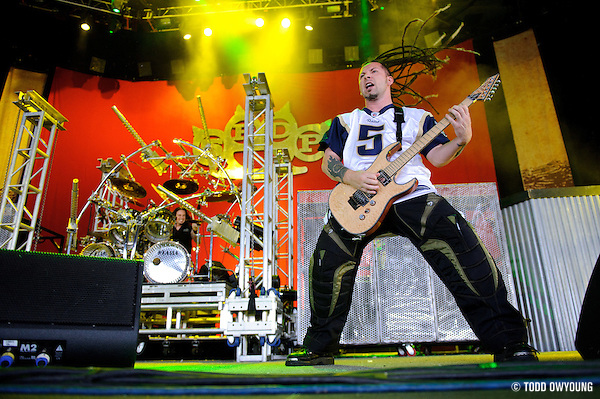 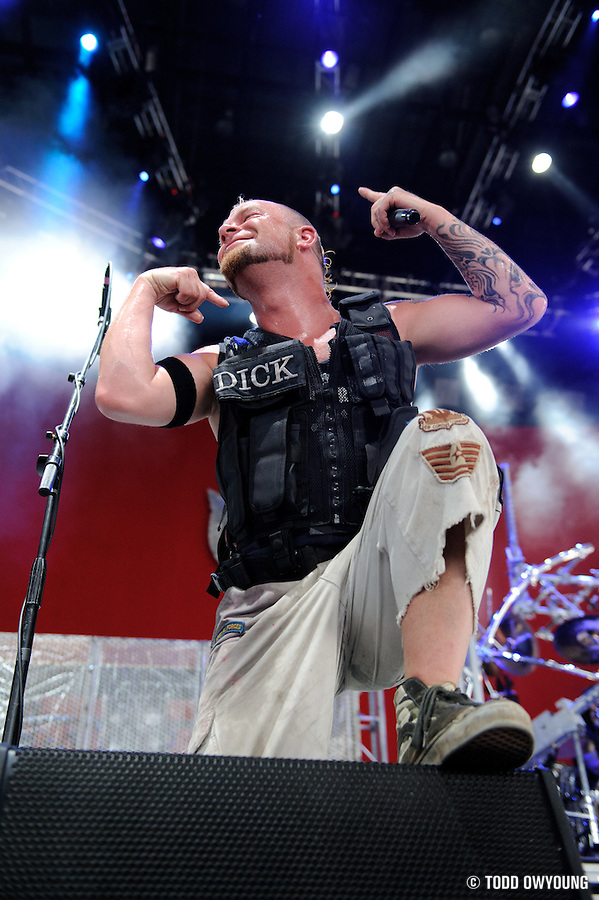 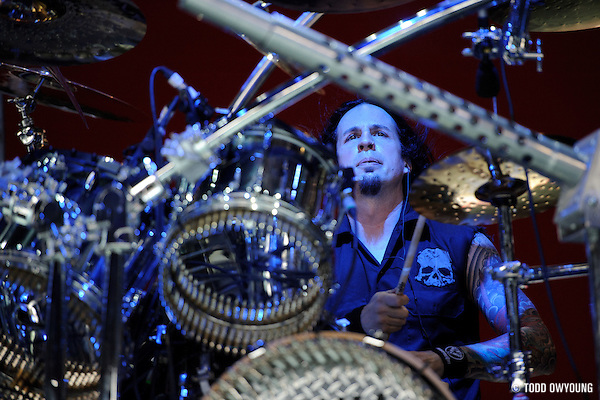 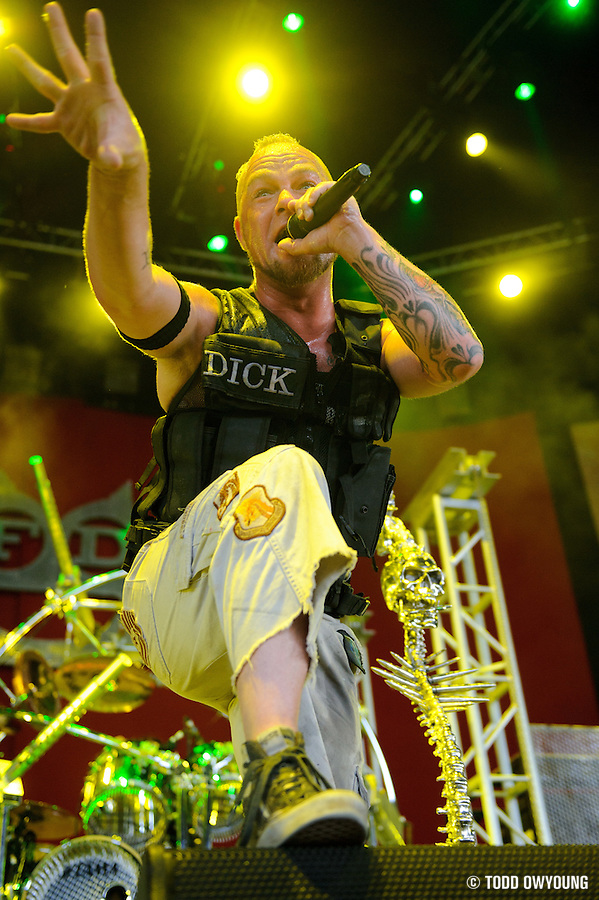 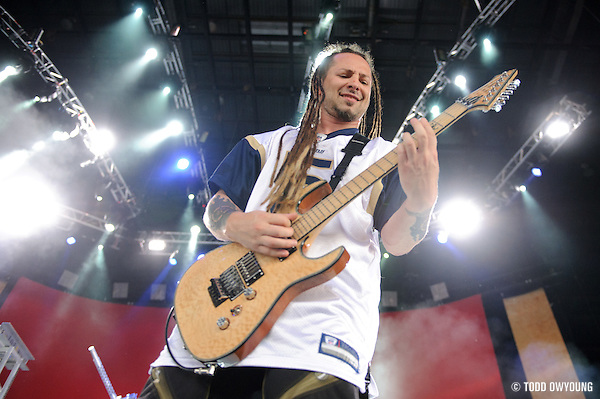 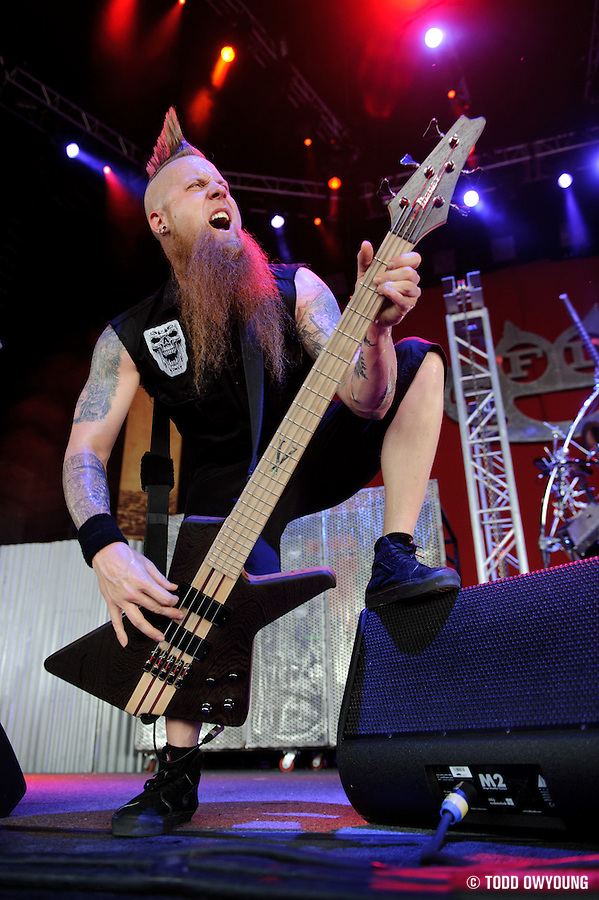 Five Finger Death Punch were really a lot of fun to photograph, with lots of energy and movement from the band on stage.

Overall, the lighting for these guys was great, though of course the band benefited from the daylight filtering in under the shed for some nice, airy fill. Still, their set was probably one of the easier performances of the day, not because of the lighting, but because of the engagement of the band on stage.

Lots of stage front action for this set that made the Nikon 24-70mm f/2.8 the perfect choice on the full-frame Nikon D3. With the exception of picking up drummer Jeremy Spencer, I could have shot this entirely with the midrange 24-70. Speaking of Jeremy Spencer, good luck; he has an absolutely huge drum kit that seems nearly impenetrable at first glance.