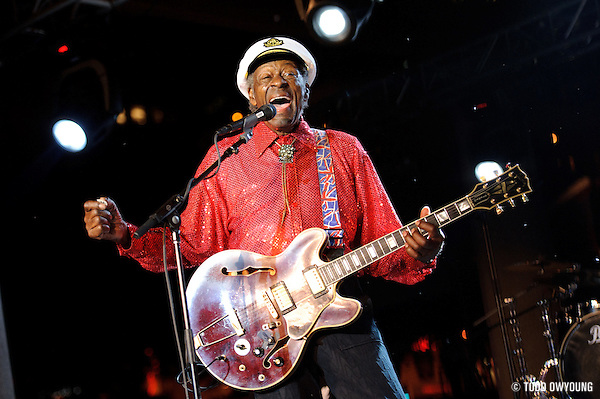 Do you have a bucket list? Chuck Berry, the father of rock ‘n roll, was on mine up until last weekend. Still rocking at 83-years young, Chuck Berry was a pleasure and an honor to photograph. And not only photograph him, but to do so for the legend's entire 45-minute set. 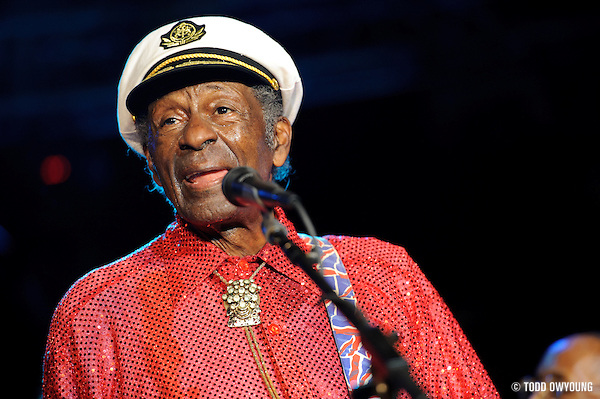 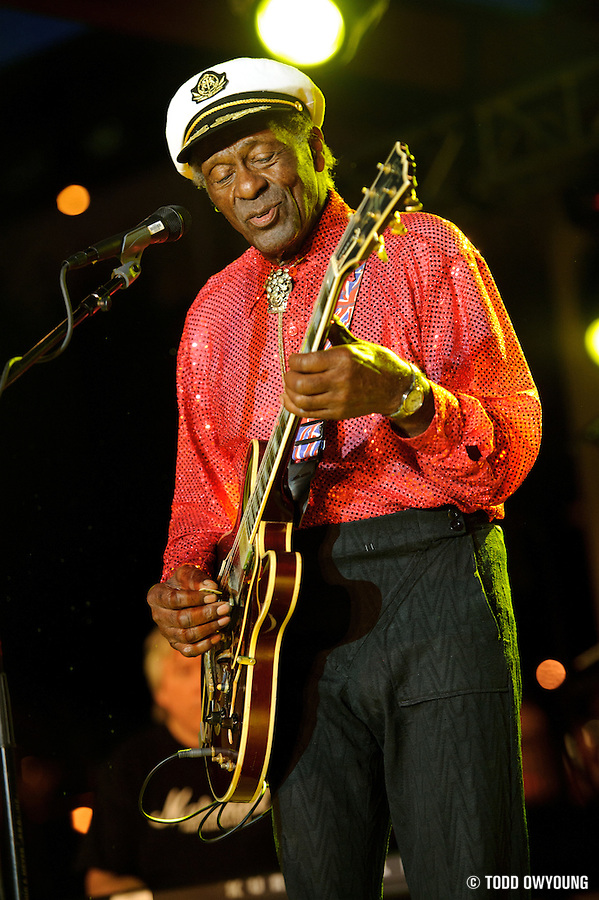 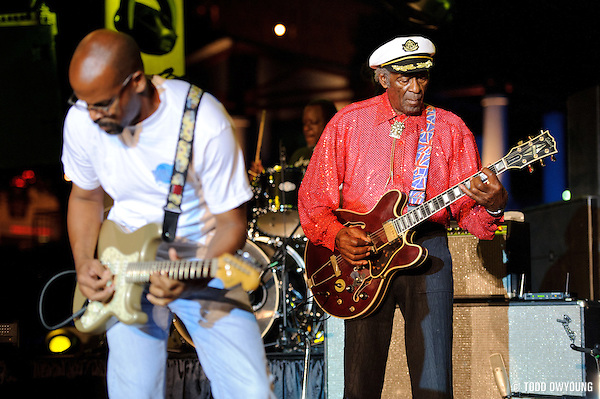 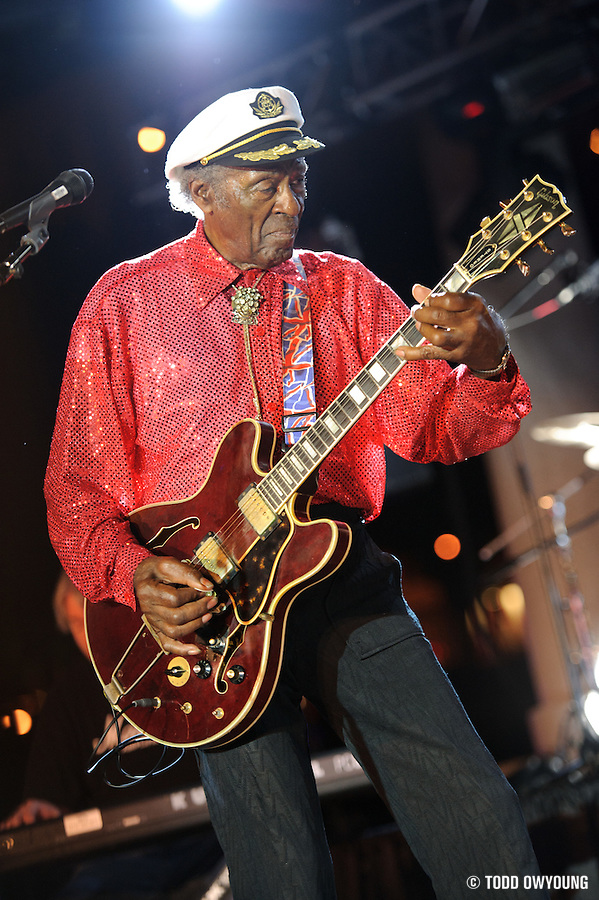 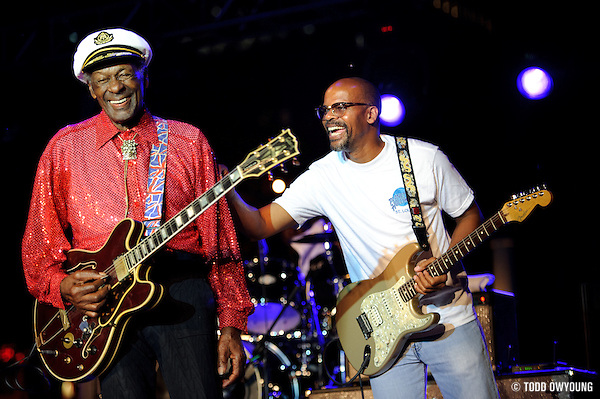 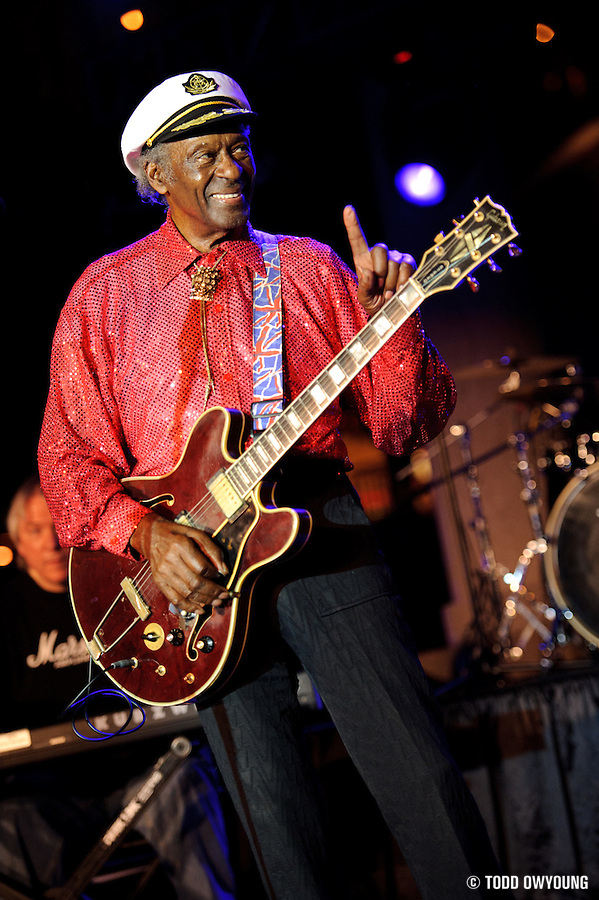 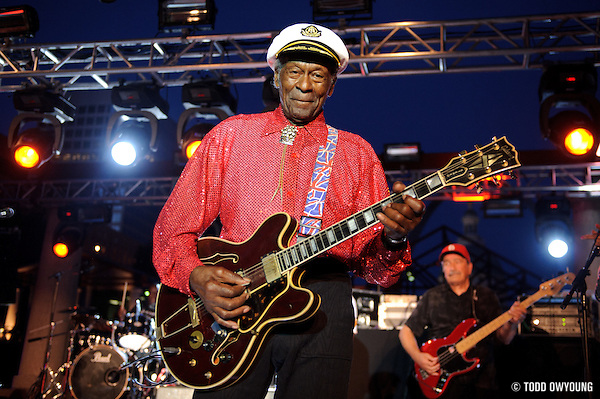 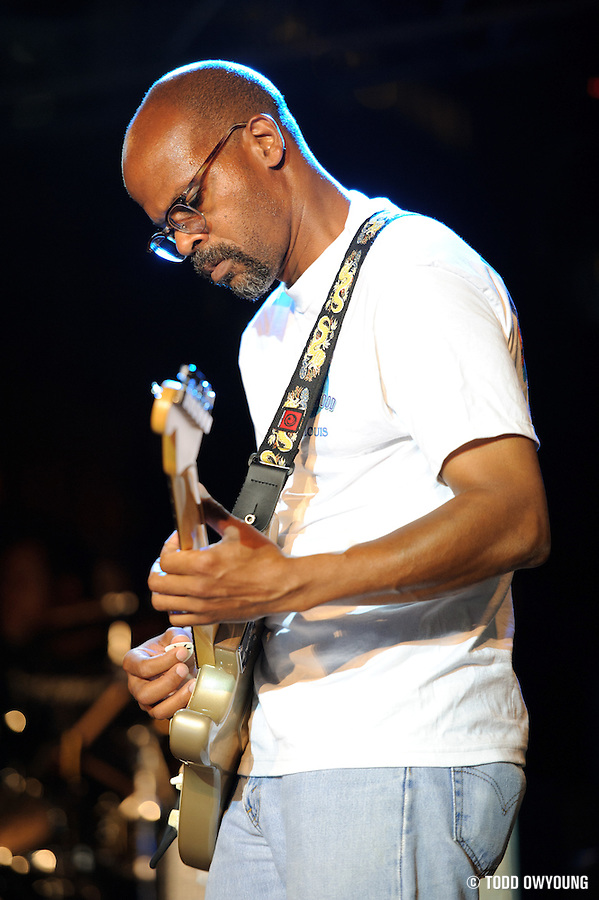 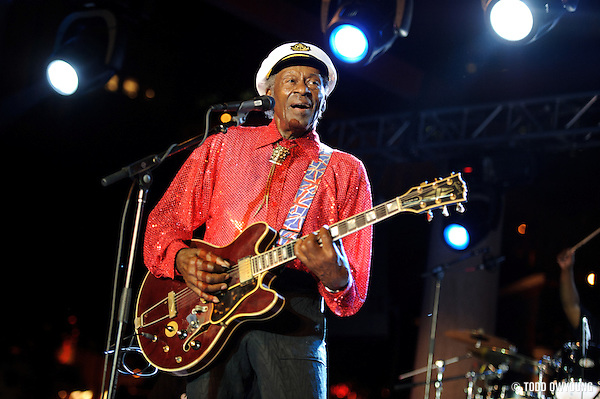 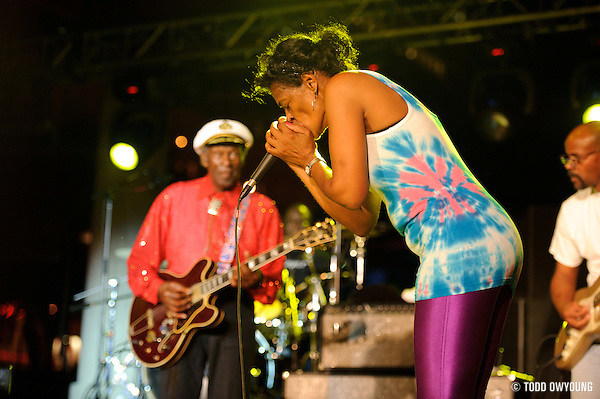 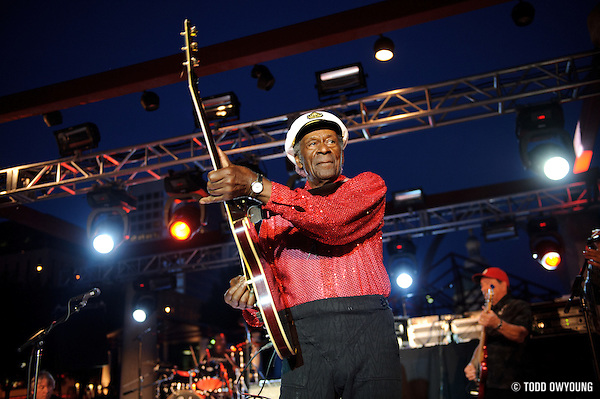 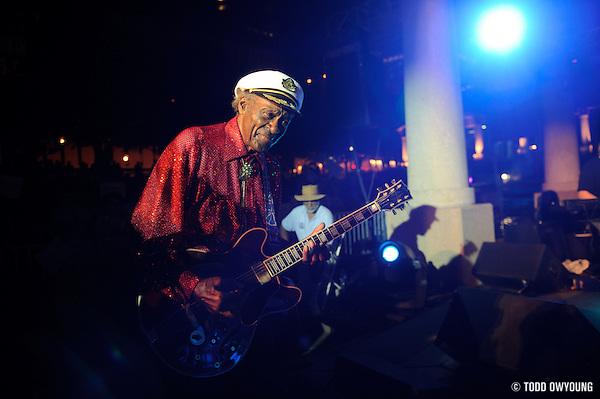 Chuck Berry is one of those iconic fixtures in the rock ‘n roll pantheon, it was an absolute pleasure finally getting a chance to photograph him.

The “Father of Rock ‘n Roll” performed at an outdoor concert in downtown St. Louis in support of bringing the DNC convention in 2012 to the city. Overall, it was a very intimate show with a limited number of tickets available to the public.

Access for this show was relatively great – no song limits, so I shot fore Berry's entire 45-minute set. However, with a very low stage and seated VIPs just behind me, I shot this show crouching down just behind a set of barricades separating the stage from the crowd. After the start of the show, I actually ended up shooting between the rails of the barricade.

For me, a highlight of this show was when Chuck Berry stepped off the stage and came within a few feet of the barricade, close enough that I racked out to 24mm on the Nikon 24-70mm f/2.8 to make the shot I wanted. 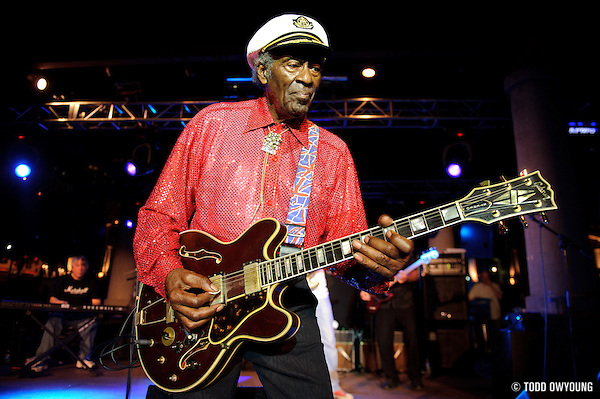 Still, for most of my shooting at this concert, I used the Nikon 70-200mm f/2.8 on the Nikon D3, which helped close the gap between the railing and mic stand.