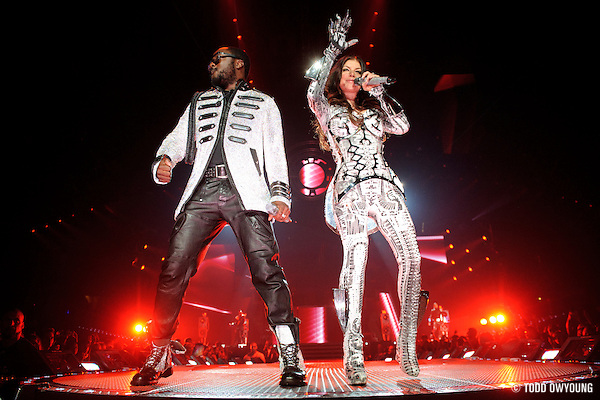 Rocking the E.N.D. World Tour, the Black Eyed Peas delivered a fantastically photogenic performance, including big lights, great costumes, and an arena-fill stage presence. If anything, there was so much going on at any given moment that it was tough to choose one's subject – a great problem to have for any music photographer.

After seeing great images from earlier on in the tour, I was eager to get a crack at the Black Eyed Peas. Despite a double-header day with a stint out at Pointfest 27 before photographing the Peas, the group's energy was infectious. 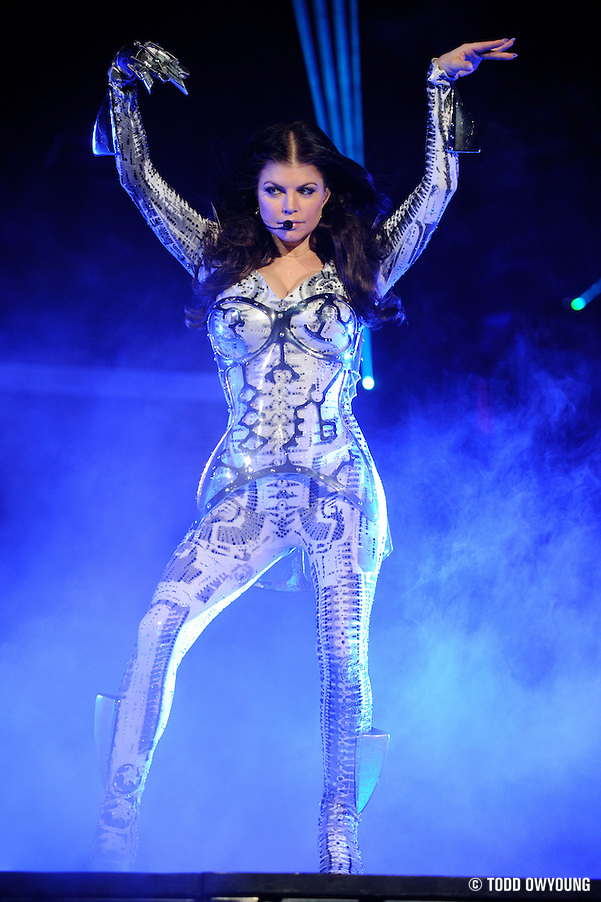 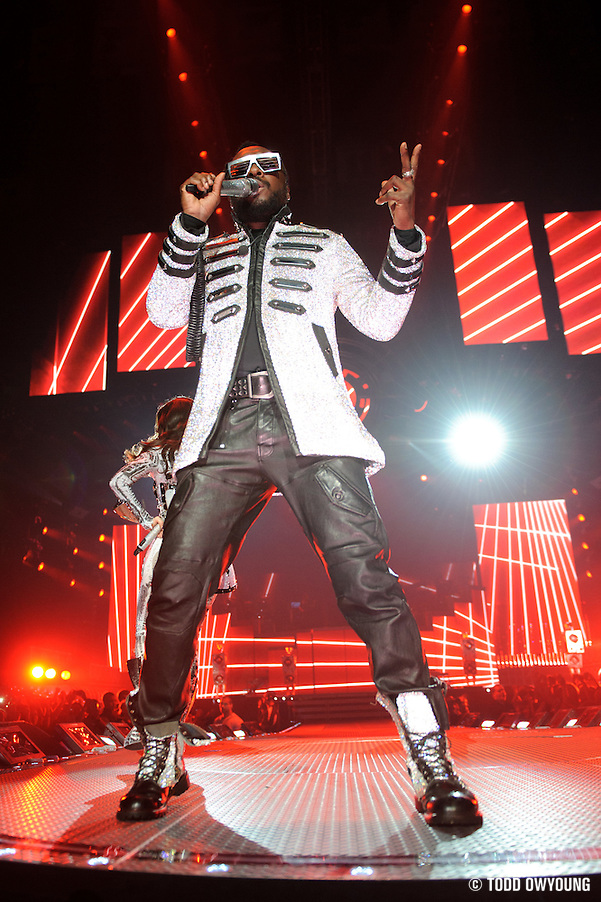 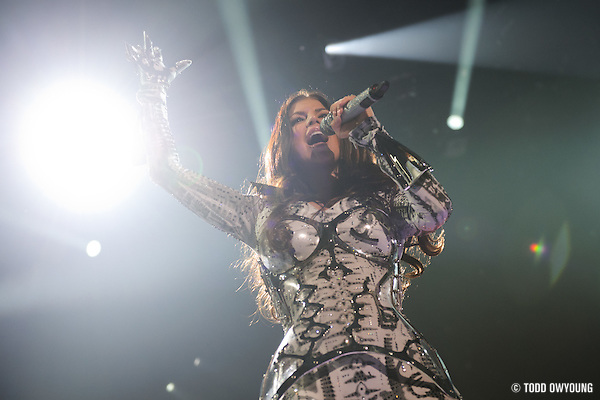 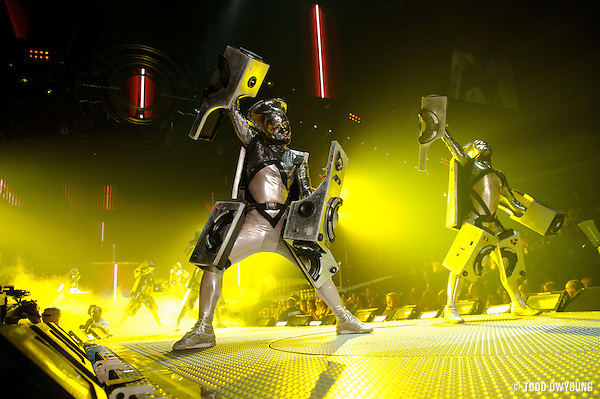 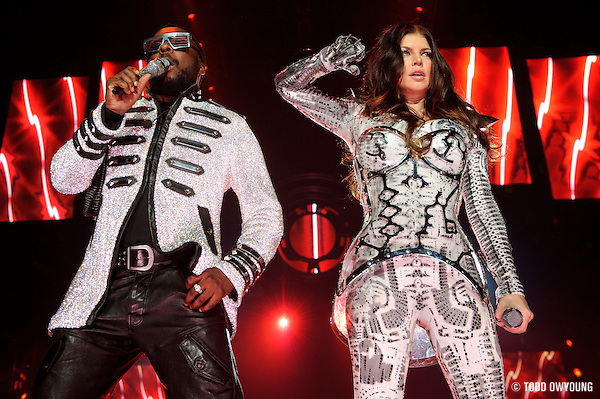 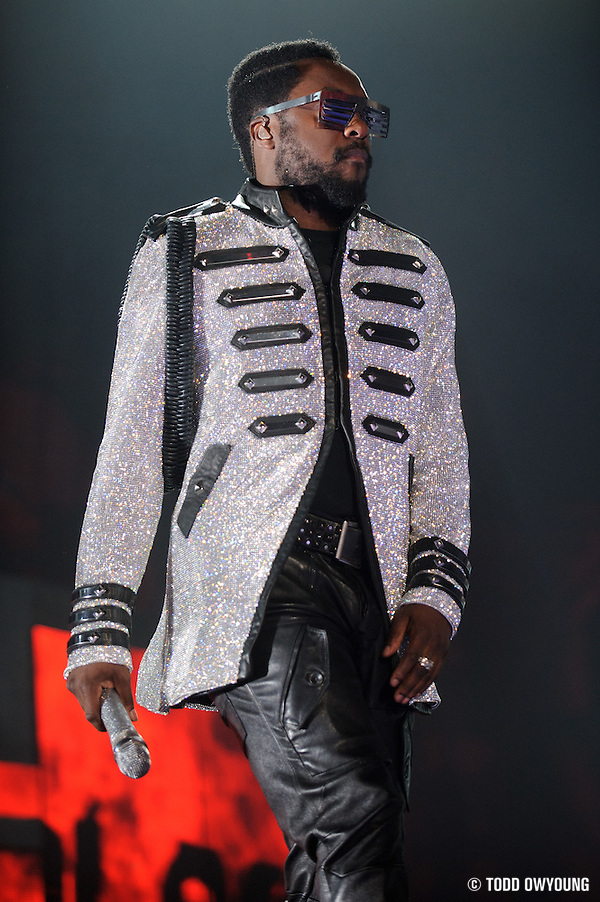 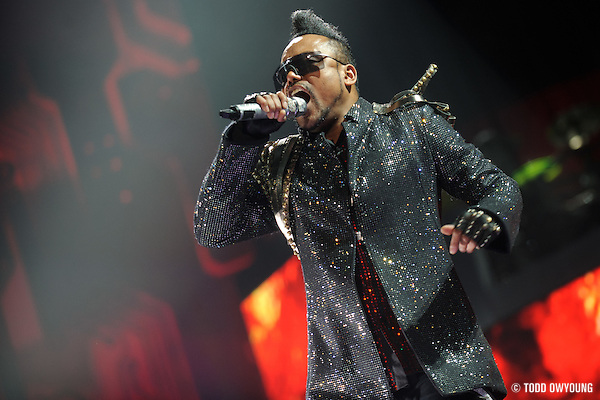 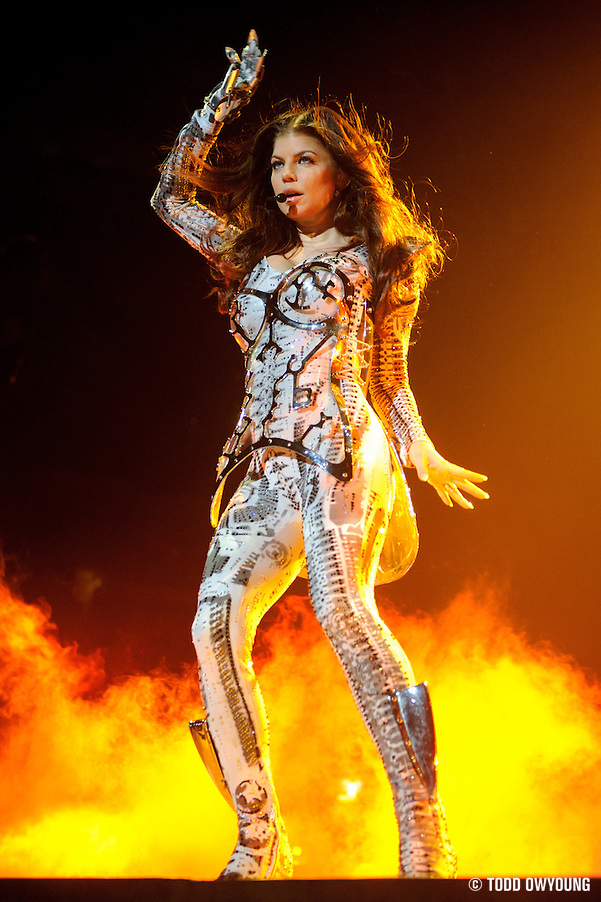 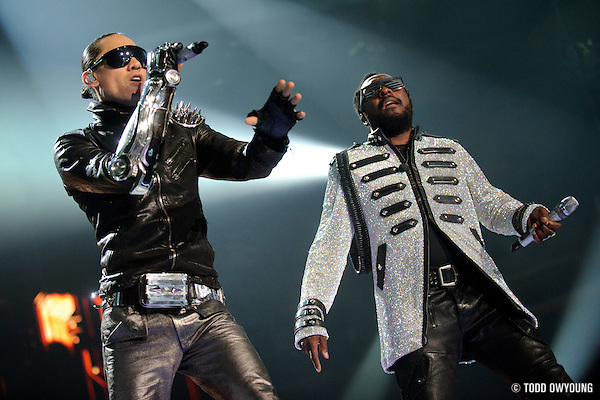 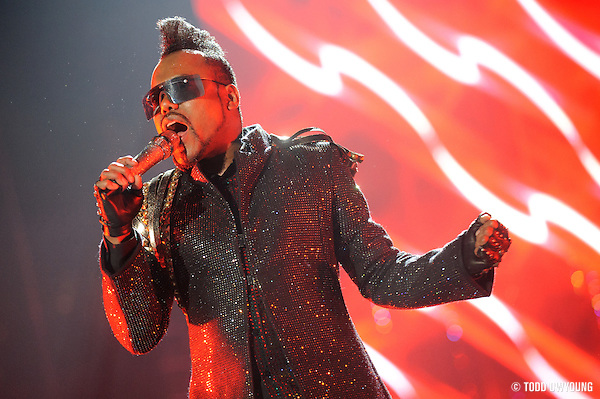 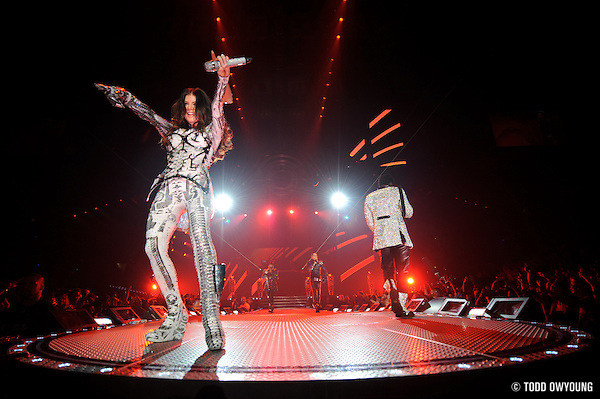 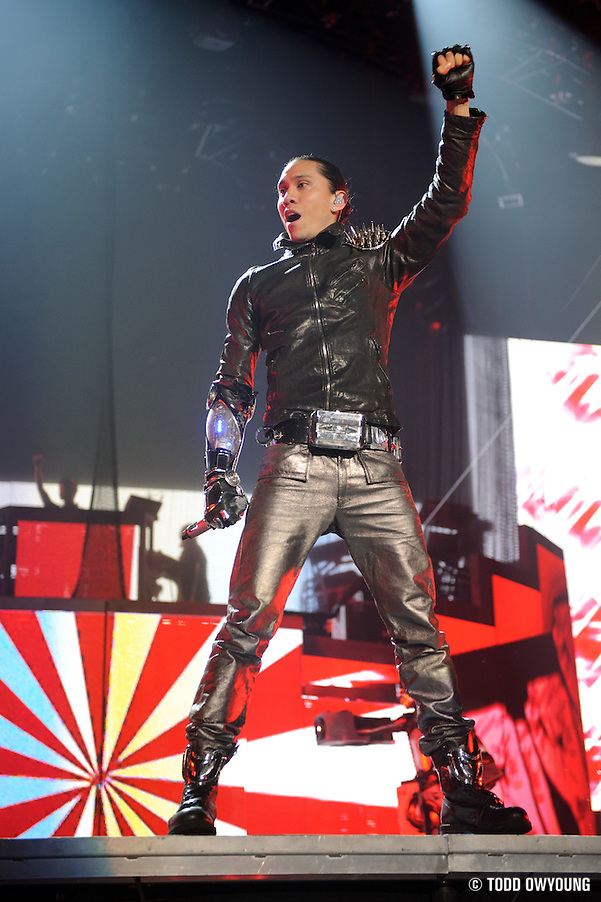 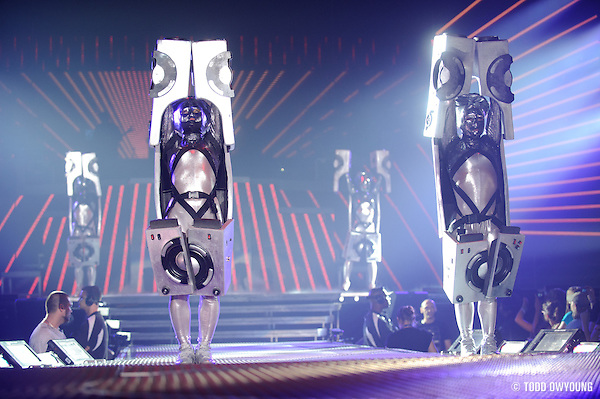 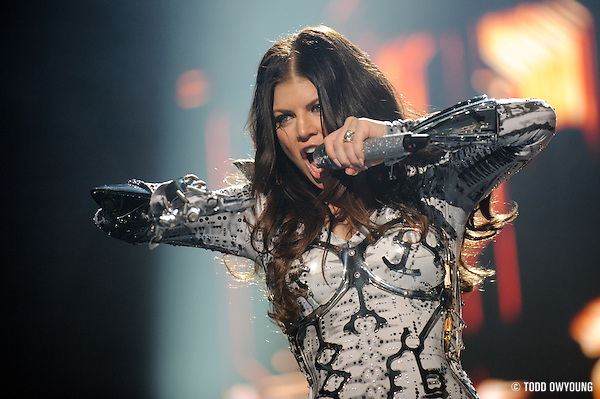 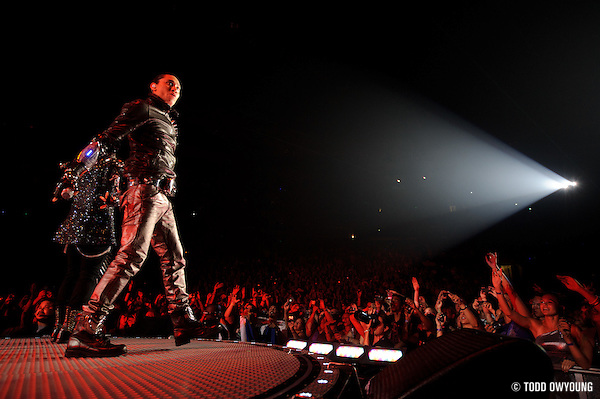 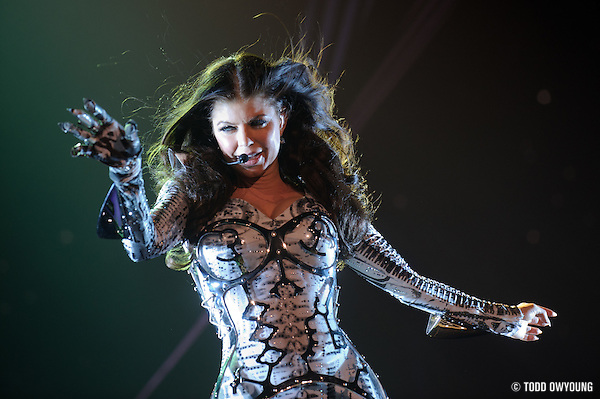 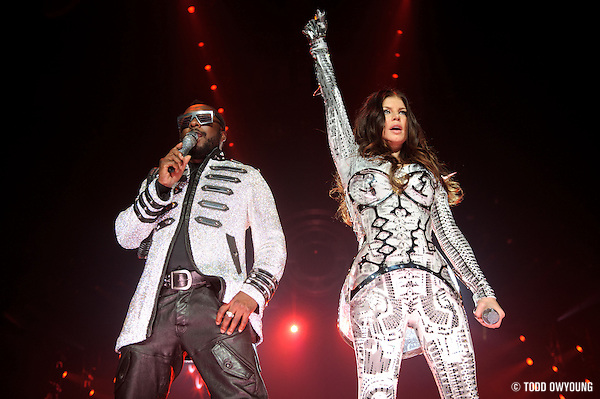 The Black Eyed Peas are a band that have great production and put a lot to photograph out on the stage. Don't think that they make it too easy, though, because there's plenty of challenge in their set.

There's a very long thrust out from the stage, so the Peas have a lot of real estate to work – and they do. Consequently, this show can require a little running, depending on your approach.

The second song is where the majority of the action on the thrust happens, with all four Peas heading out there at some point during the performance. For me, the big shot here was catching will.i.am and Fergie on the B-stage at the same time – a prime time to break out the Nikon 14-24mm f/2.8.

Overall, the shooting was very evenly split between the Nikon 24-70mm f/2.8 and Nikon 70-200mm f/2.8; both the midrange zoom and telephoto were essential for this shoot. If anything, I could have left the Nikon 14-24mm f/2.8 at home for this show, as the space in the pit was just far enough back that 24mm on the 24-70mm was workable for full-length horizontal shots of the will.i.am and Fergie at the end of the catwalk.