Photos: As I Lay Dying 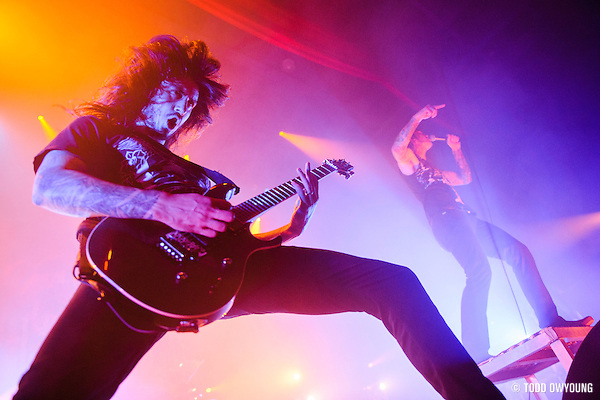 I'd never seen As I Lay Dying before, but after their headlining performance on The Cool Tour, I came away mightily impressed. And, shooting the band's full set, a whole lot more deaf.

Playing after no less than seven other bands, including Underoath, I wondered what As I Lay Dying would do to cap the night. My questions were answered with the best lighting of the night and a tremendous show from the the headliners, including frontman Tim Lambesis giving fans on the barricade fist bumps throughout the performance. 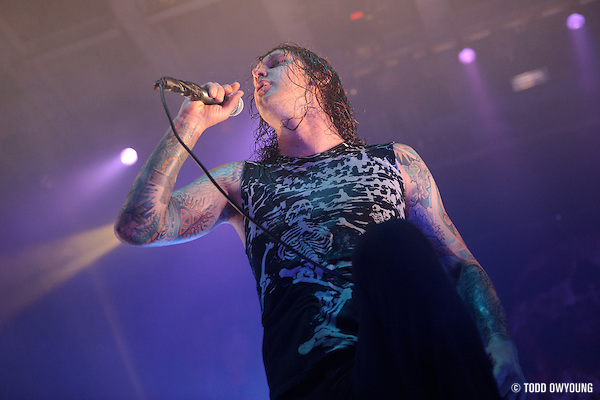 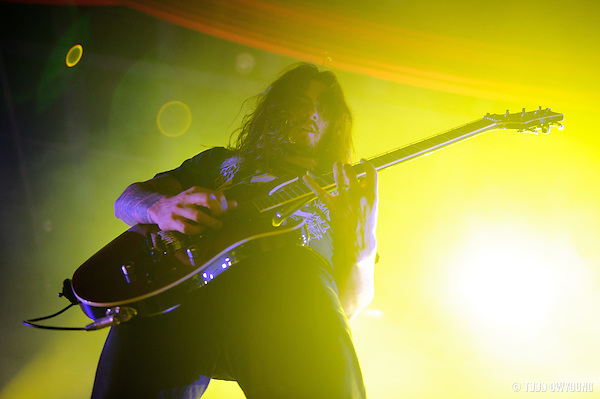 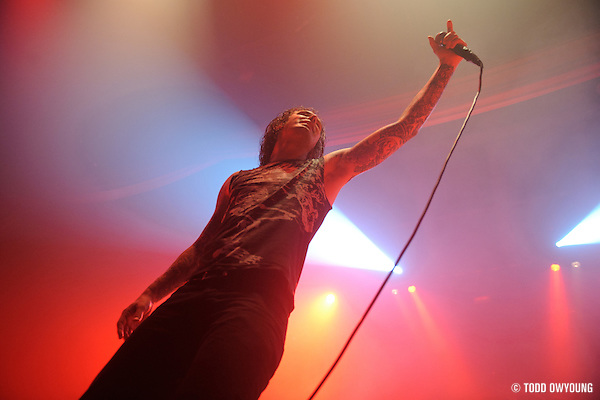 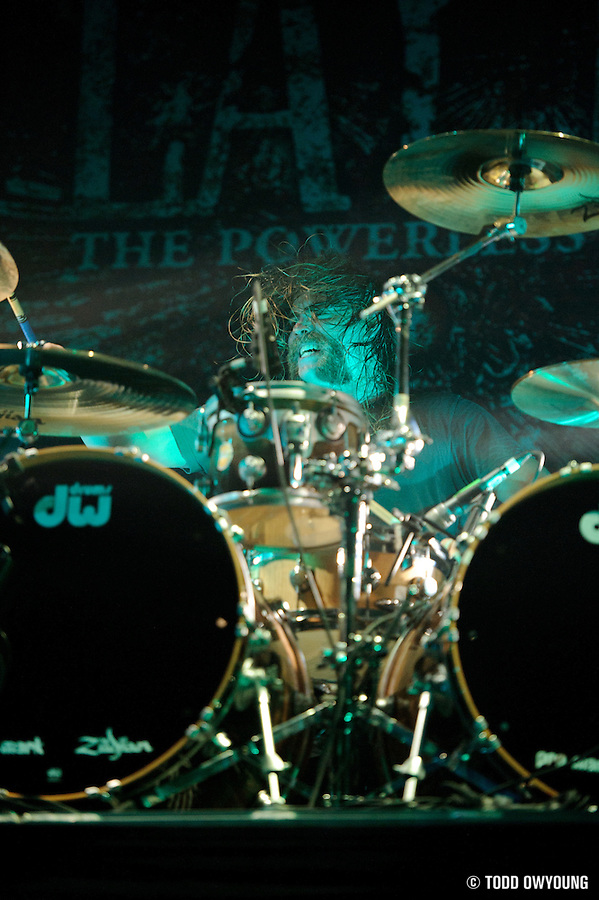 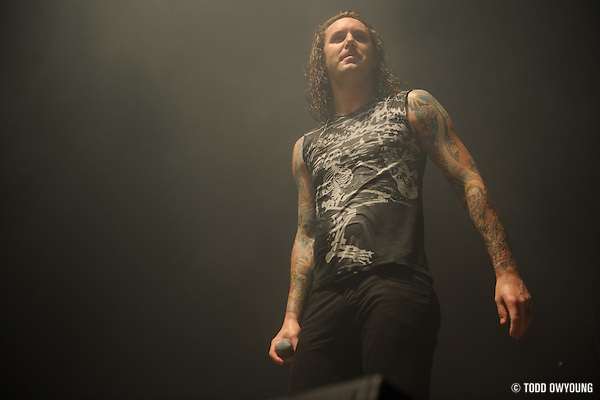 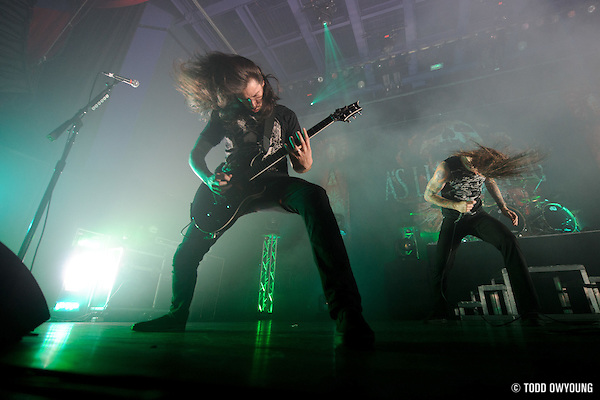 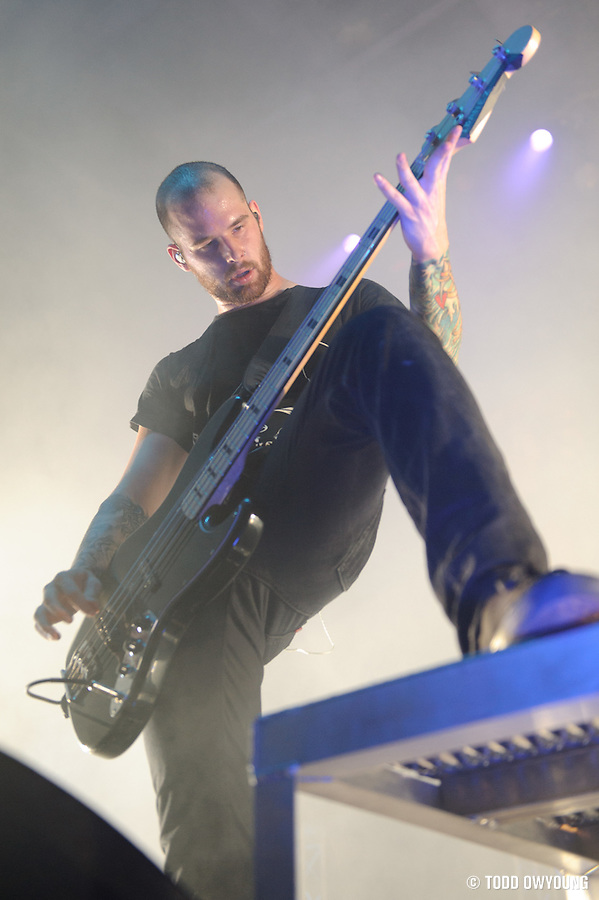 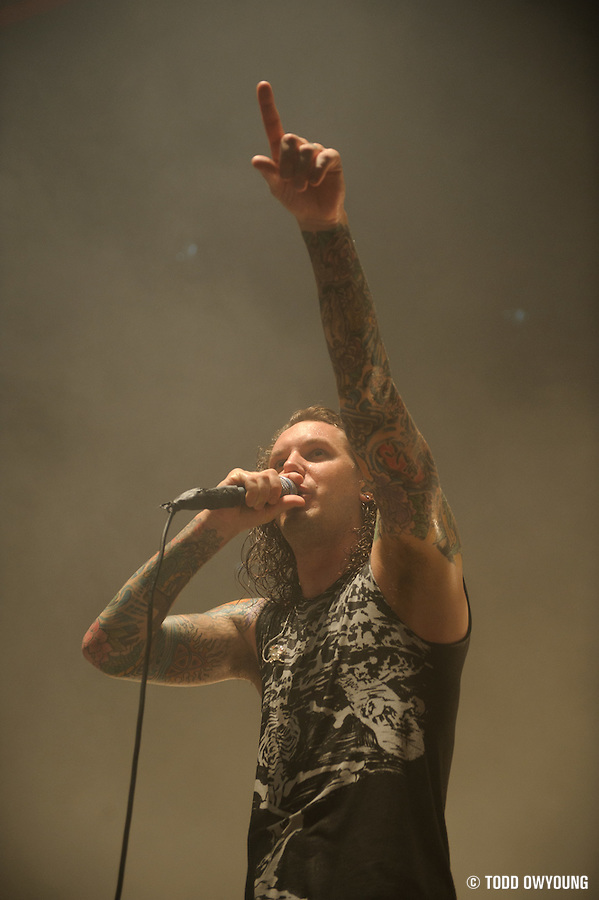 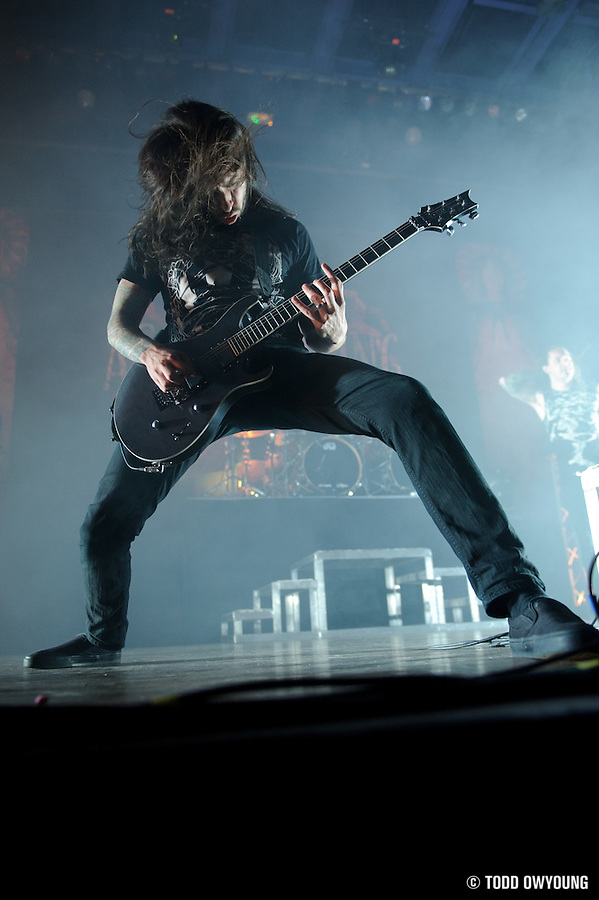 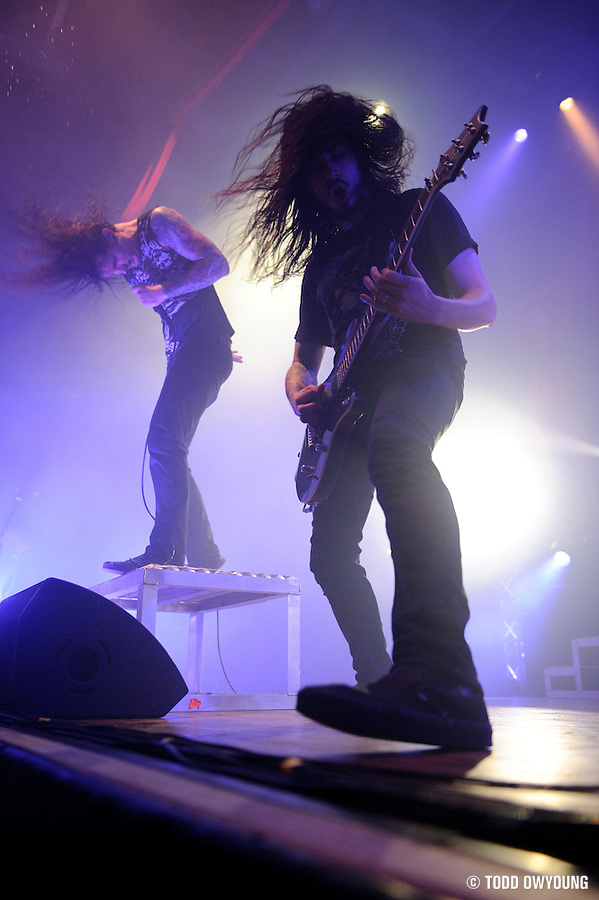 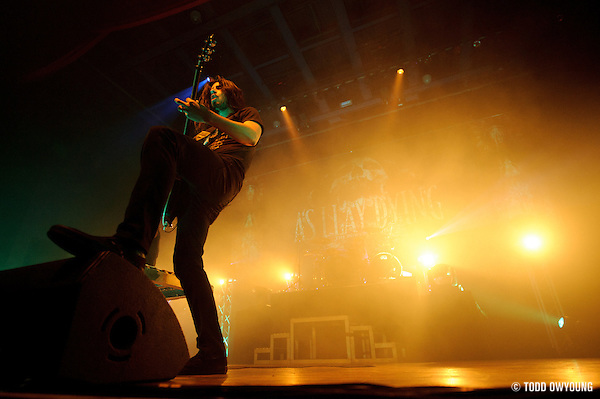 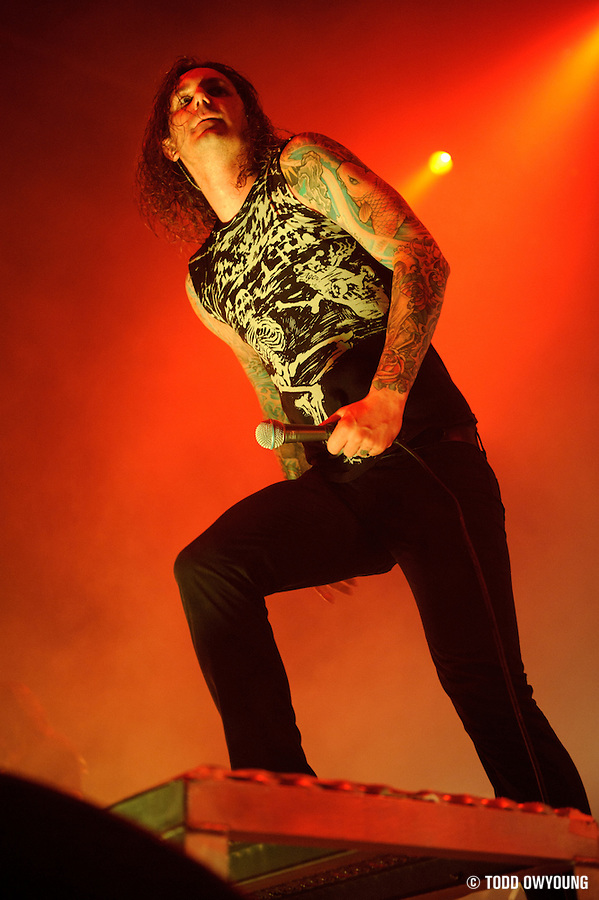 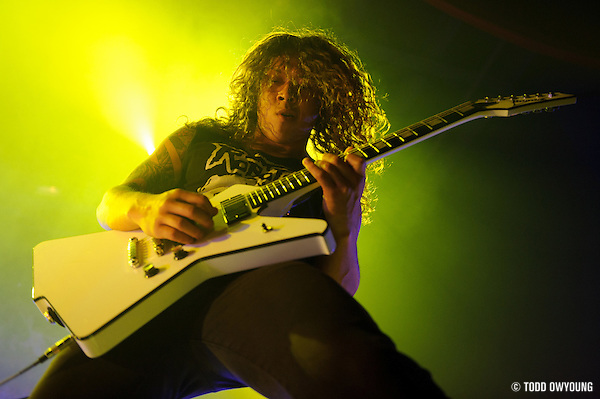 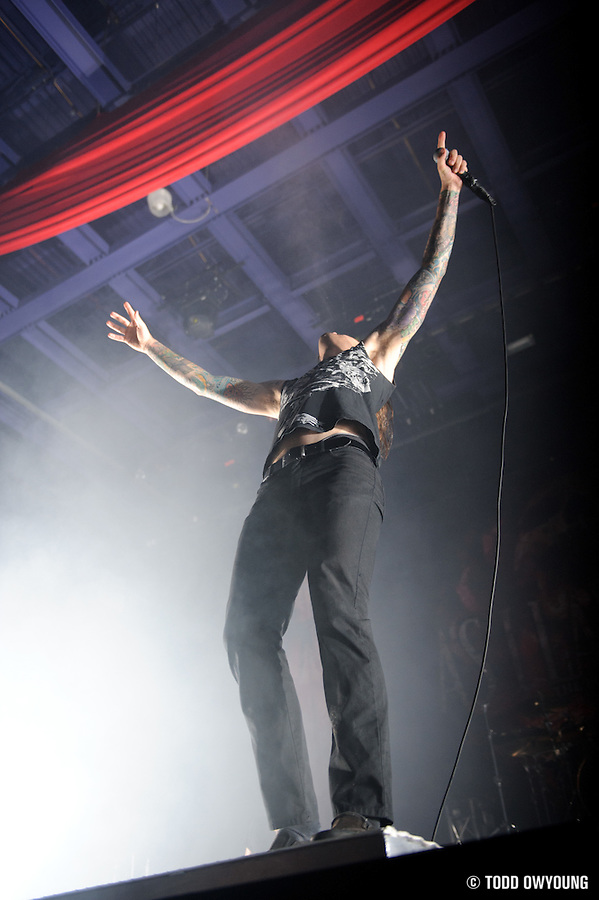 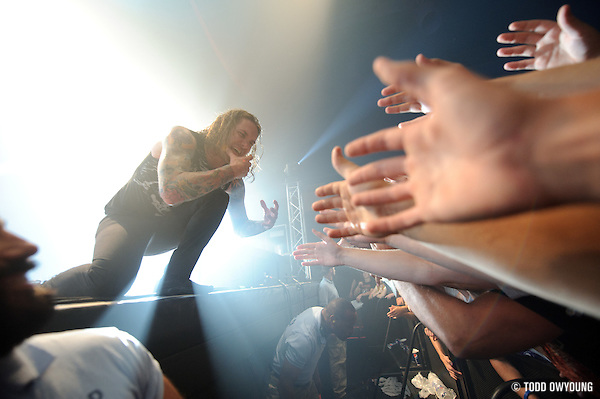 This show with As I Lay Dying was just fun to shoot. Chaotic, loud, and crazy, but a lot of fun. It certainly helped that the band had some really interesting  lighting effects in their production, but I'd like to think that their energy would have come through regardless.

Full-Set Shooting & The Importance Of Timing:

A lot of the most important aspects of covering this show involved timing and anticipating the peak moments. Timing for the band members' movements, but especially for the lighting. Many of the lighting effects were very short duration treatments, with the lights flaring up for just a second, or flashing in time with the music.

Don't let the lights fool you. More than half of the concert probably took place in darkness, punctuated by high-intensity, short-duration lighting.

One huge factor in photographing this show? Full-set shooting access. As I simply explained to the band's tour manager after finishing a portrait shoot with the band earlier in the day, more time results in better images. That seemed like all the explanation he needed, and happily agreed to let security know.

For me, one of the best parts about full-set shooting access is the luxury of patience that the privilege affords. Shooting for 15 songs means instead of 3 means being able to step back, dodge some crowd surfers being pulled over the barricade, and think more critically about timing, framing, and basically just how to make the best images possible in the given conditions. Also, you get do-overs.

Big thanks to Adam for the hook up, and for the guys of As I Lay Dying for being amazing subjects. Portraits of the band coming up soon, so stay tuned.